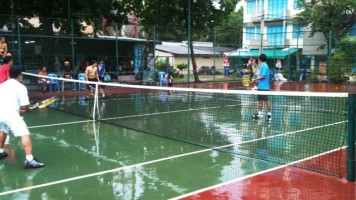 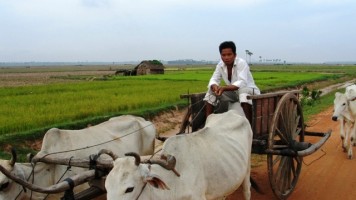 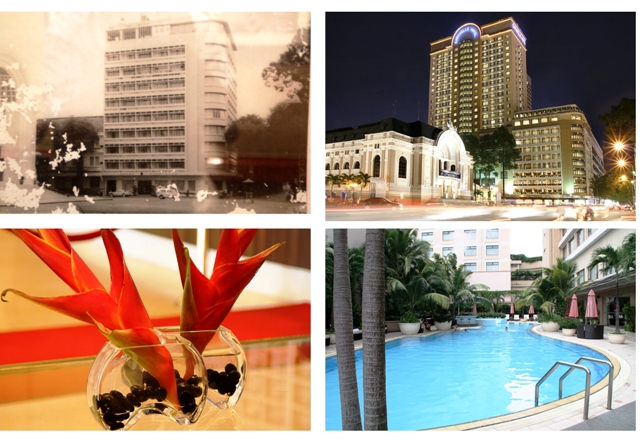 International media. Cocktails. The Opera House. Diplomats. Throw in a bomb scare against the backdrop of a war with an inexorably ominous ending for good measure. If it’s drama you wanted, the Caravelle Hotel in the 1960s was the place to be, home to various embassies and the Saigon bureaus of NBC, ABC and CBS.

Fast forward 50 years and the Caravelle is still an iconic Saigon landmark. Set in Lam Son Square in downtown Ho Chi Minh City, overlooking the gorgeous Opera House, with the Notre Dame Cathedral just visible to the north and the fashionably hip shopping street of Dong Khoi to the south with its designer storefronts of Louis Vuitton, Prada and Versace, the Caravelle has never looked better.

I recently had a chance to visit the Caravelle in what is my new home, Saigon, Vietnam. It’s literally steps away from the trendiest spots in downtown District 1. What I found was a mix of old and new. The original 10-storey building (opened in 1959) housed a rooftop watering hole where journalists covered the war and reportedly could even see the front line from their comfortable perches shortly before the fall of Saigon. The newer 24-storey tower now boasts swank restaurants, an outdoor pool and a gorgeous Signature Lounge. 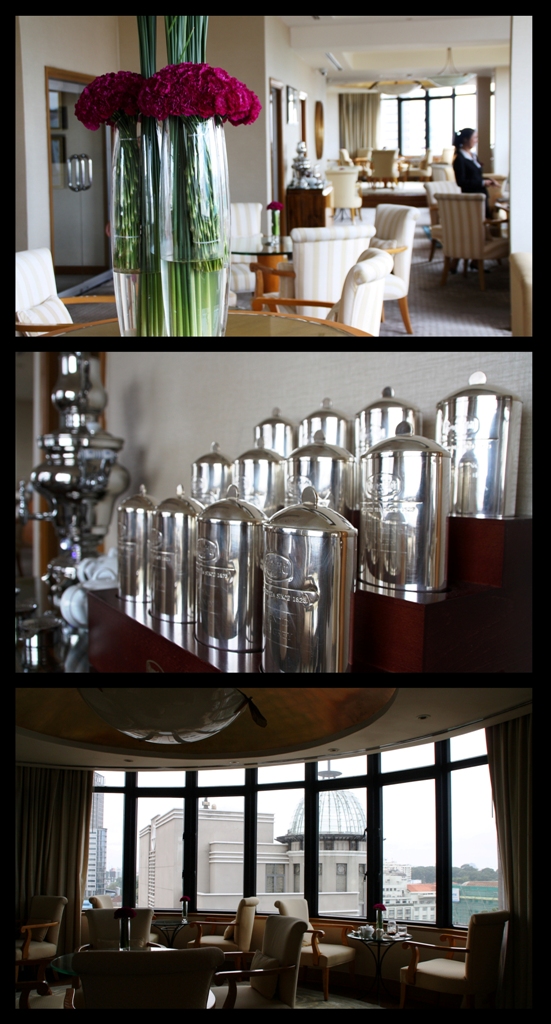 I love beautiful spaces. But when those spaces have history behind them, that just makes them even more irresistible. And it’s all on display at the Reflections Restaurant, old black and whites lining the corridors offer a glimpse into the past when life was more elegant, unpredictable and worldly. 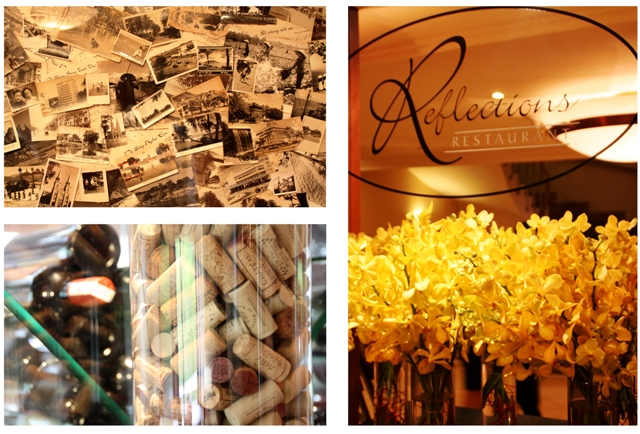 Before I continue, there’s probably something you should know about me. I’m a cooking freak. Not that I personally like to cook, per se. (Spending all that time creating the perfect dish that’s inhaled in a fraction of the time doesn’t make sense to my Type A personality. I often settle for “hot” cuisine over “haute” cuisine. Sadly, spag bol is as haute cuisine as my rarely-used kitchen produces.) But I certainly appreciate eating good food. And cooking shows top the list of my Hulu queue. Top Chef, Master Chef, Kitchen Nightmares, I’m there. 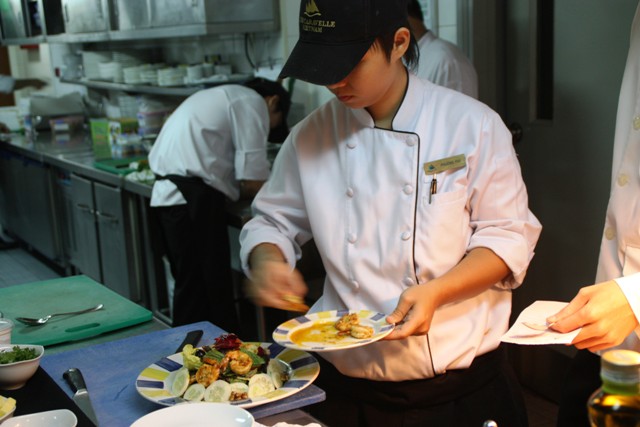 So when I received an invitation to attend a cooking class held right in the heart of the busy kitchens of the Caravelle’s Reflections Restaurant, I jumped at the chance.

Hailing from Scotland, Sous Chef Darren Watson took me through the making of pan-fried barramundi on crab meat potato salad, green peas with bacon, and topped off with a yellow capsicum sauce, in honor of the brand new restaurant menu (completely re-invented every six months).

It was surprising to learn that almost all of the ingredients are locally sourced, including the barramundi farmed right here in Vietnam. The kitchen makes everything in-house, from stocks to breads, and even has its own butcher and fish monger. 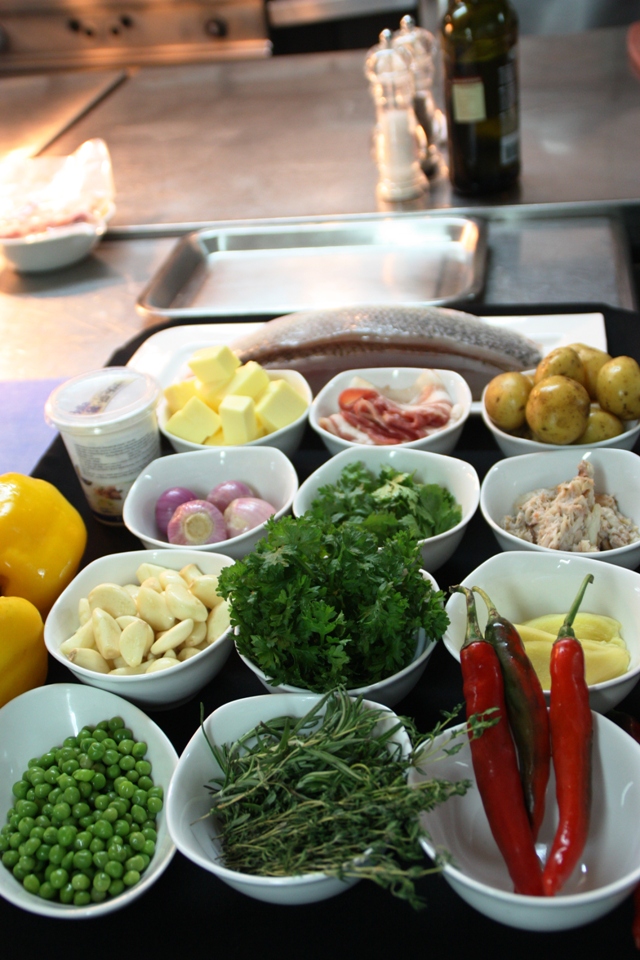 Some of the techniques I learned were cooking the bacon (to accompany the peas) sous-vide, sealing in the flavor and juices. And the secret to making perfect fish? Cooking it (unseasoned) skin side down to get the perfect sear and leaving it to cook 90% through before flipping it over. The yellow capsicum puree was a perfect accompaniment – naturally sweet and fresh. Grilling it with a brush of olive oil made taking the skins off super easy and added a layer of complexity to the dish. 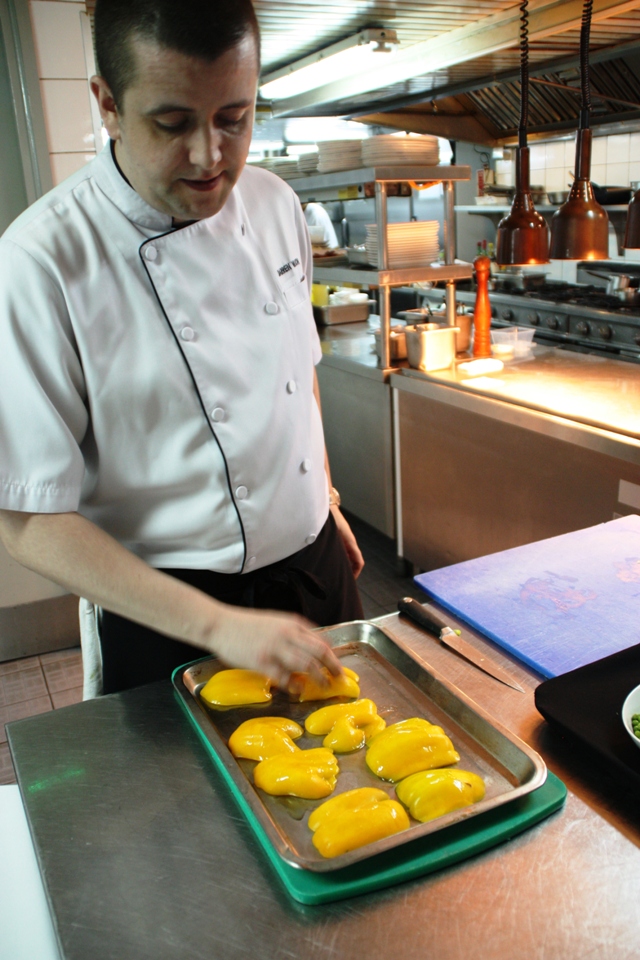 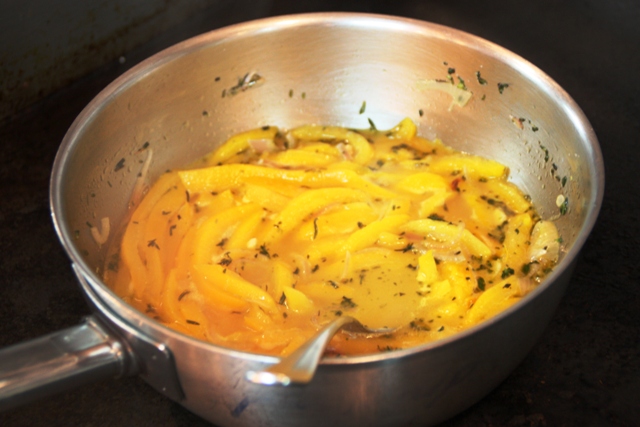 It was exciting to build the dish and the attention to presentation was impressive. Everything from using a ring to make the base of potato salad with crab meat to the addition of green peas for color and texture was perfect. The dish really came together in a profusion of colors and tastes — the red saltiness of the bacon with the yellow sweetness of the capsicum puree to the creaminess of the potato and crab salad. The perfect vehicle for the mildness of the barramundi. 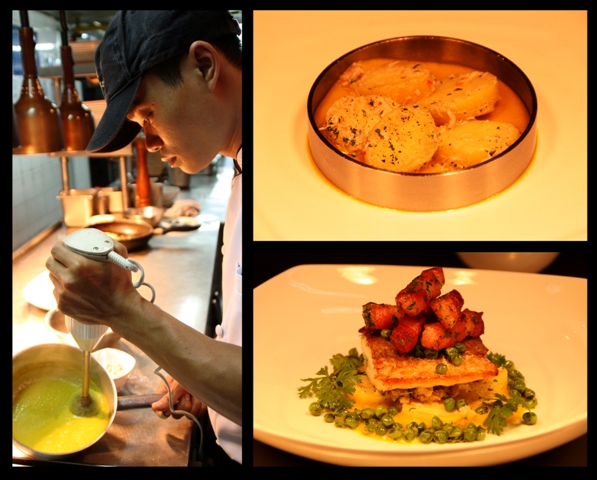 Soon enough, amateur hour was over and the real cooks took over the kitchen. I sat down to a decadent meal of a pan seared tranche of braised pigs head and pork knuckle with poached duck egg, Hollandaise sauce and herbal salad. This was followed by seared sea scallops on curried spiced cauliflower with a shallot and golden raisin dressing. The main course was a satisfying-in-every-way rack of lamb with a samosa, roasted fennel, capsicum jam and a rosemary lamb reduction.

I thought it couldn’t get better.

Then the dessert came. 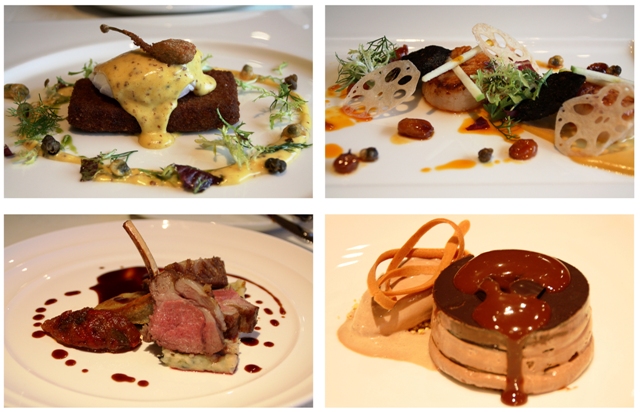 I appreciated the Caravelle’s approach to their new menu. “Considering the temperature outside, we try to use as little cream and butter as possible”, Chef Darren told me. And elevating common ingredients to create a modern take on Vietnamese dishes is pretty innovative, for instance, tofu encrusted with dried shrimp and stuffed chicken wing with fish mousse.

To say that I was satiated from my visit to the Caravelle, a charming mix of old and new, would be a massive understatement.

I vow to return to sample the amazing buffet of the Nineteen Restaurant. 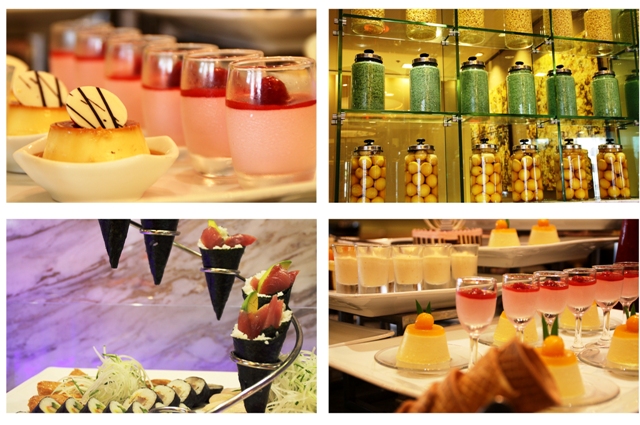 And to sip on cocktails on the rooftop Saigon Saigon Bar while hip swaying to the sounds of the nightly Cuban band. 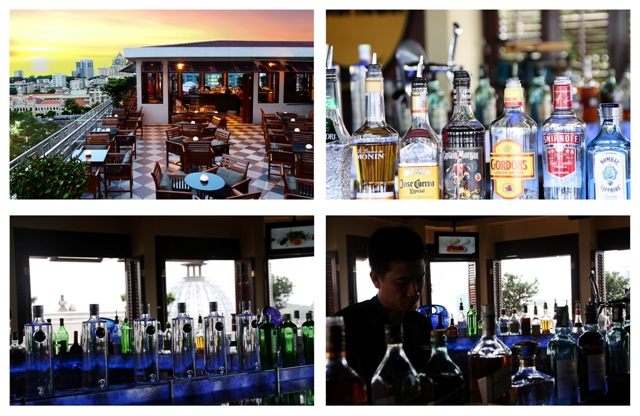 The lowdown: The kitchen arranges custom cooking classes for groups of 10 or more. Friendly sous chefs can deliver in English or Vietnamese and classes can be held right in the kitchens or for larger groups, in a banquet room. They will even work with you to select Asian or Western dishes of your choice. Contact: eam-fb@caravellehotel.com

However, if you’re more foodie than chef, you have my permission to let someone else create the pan seared barramundi on crab meat potato salad for you (VND 475,000). It’s one of the many tantalizing dishes on the new Reflections Menu, with categories like “From the Sea” and “From the Farm”. Reserve early to snag a table overlooking the Opera House, especially beautiful when it’s lit up at night.

Disclosure: While I was a guest at the Caravelle, as always, the opinions expressed on this blog are solely mine.

Your turn. Are you more foodie or chef? Sound off in the comments below!