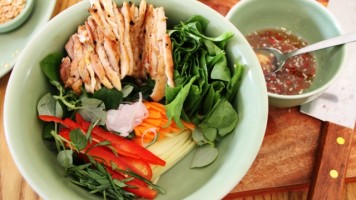 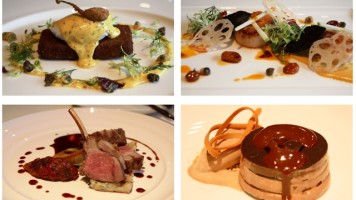 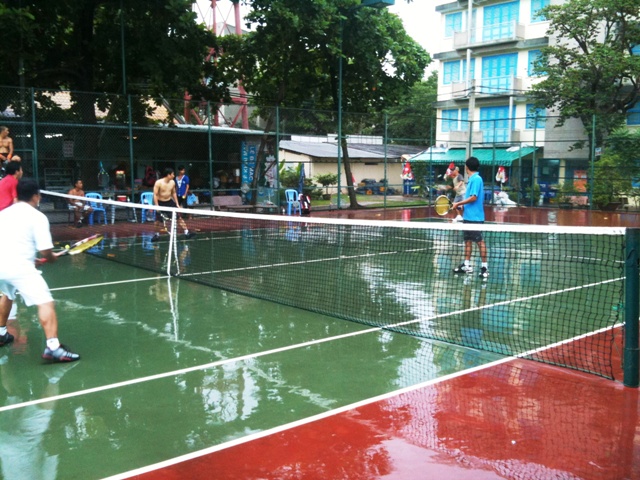 As a kid of 7 or 8, I remember our whole family going down to the local courts to hit the ball around. When we got home, I’d put the wooden racquets into their braces which had to be tightened with clamps. I’m not kidding. And yes, this was a million years ago. 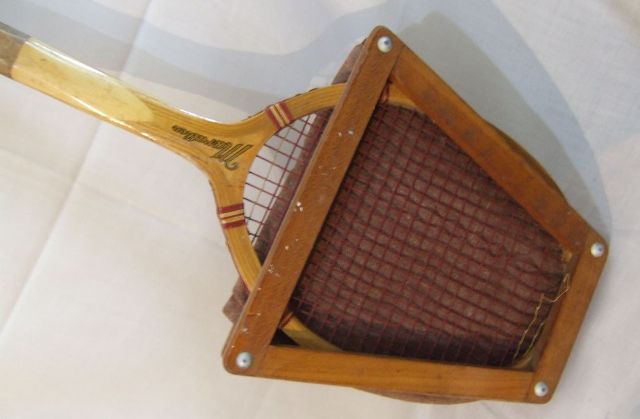 Fast forward a few decades and I’m still playing the game I love.

Tennis is actually quite popular in Vietnam, second only to soccer and maybe volleyball. It’s unfortunate that we Vietnamese drew the short stick on the athletic gene pool. We are not strong, tall or fast enough to compete in any professional sport, really. 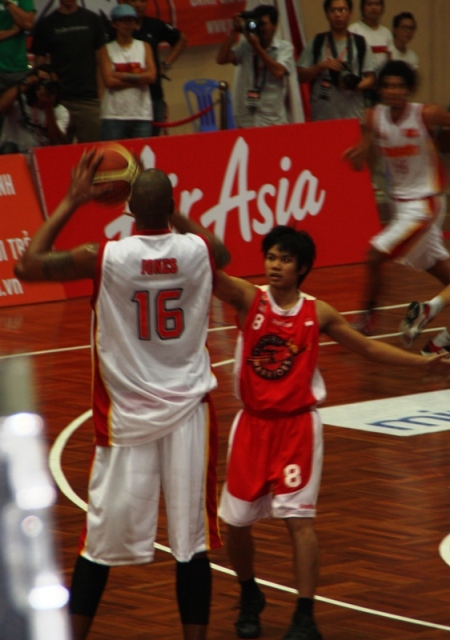 Does this look fair?

In Olympic history, Vietnam has won exactly two medals, both silver — one in taekwondo and the other in weightlifting. That’s one medal per 45,274,695 people. Like I said, we lost out on the athletic gene pool.

But that doesn’t stop the Vietnamese from being obsessed with sports. Come World Cup or Euro Cup, calendars outlining matches are hung up on every cafe wall.

There’s a tennis club about 5 minutes from where I live with four lit courts.

These are groups of 8-12 people who rent a court for 2-3 hours, everyone sharing in the costs, which include balls, a ball boy (who either uses very dextrous toes or a long-handled dust pan to scoop up the balls), iced tea and a bunch of bananas. My particular league plays in the late afternoons and is comprised of guys from their late-30s to 50s. It’s always doubles.

It took me a while to get used to their style of play. While they can hit pretty hard in practice, during match play, it’s all about consistency. So, they lob a lot. Also, remember that incident at last year’s US Open where Serena yelled “Come on!” before the point concluded and nearly lost it after being penalized a point for intentional hindrance? Well, let’s just say that tennis in Vietnam is all about intentional hindrance. There’s a lot of trash talking (all good-natured) during points and an equal amount of foot faulting. I’m talking guys practically landing on the service line after completing their service motion.

This being the rainy season, it often rains in the afternoons. But a heavy downpour didn’t stop the action on the court beside us where after a few slips and near falls, they decided to add two more players to the already full doubles, making it a 3-on-3.

Sigh. Only in Vietnam.

6 thoughts on “Photo of the Week — Tennis in the Rain”