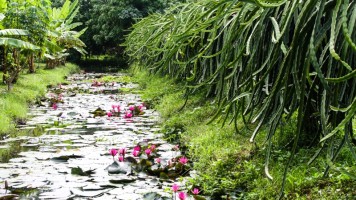 I have a confession. I was a complete and utter nerd as a kid, always happiest with a stack of books under my arm.

Long before my first airplane ride, I was already traveling the world of my imagination: Exotic British India from The Jungle Book and Rikki-Tikki-Tavi; braving the wintry Catskill Mountains with Sam in My Side of the Mountain; traipsing through the misty moors of Victorian England with Sherlock Holmes. When Ancient History class opened up to me the civilizations of the Egyptians, Aztecs, Greeks and Mayans, I dove headfirst into those ancient worlds. Without photographs, my imagination was free to fill in the details. 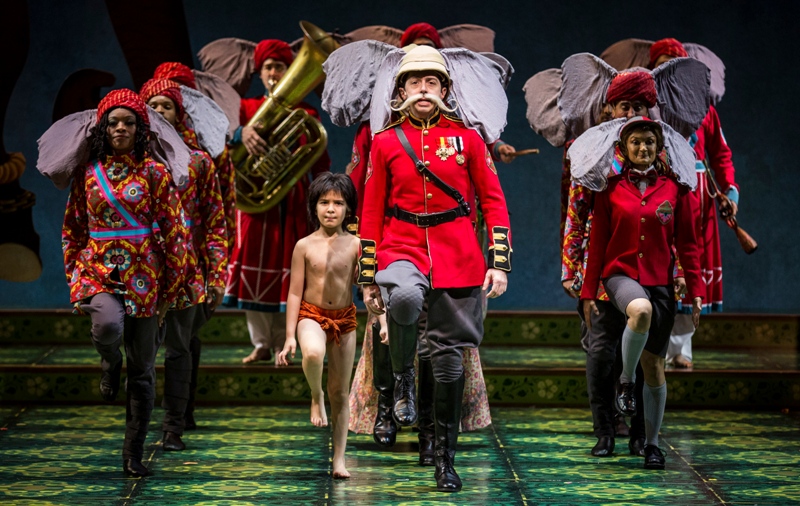 When I was around 13 or 14, we went on a budget holiday to Cancun. I begged my parents to take me to the ancient ruins of Chichen Itza and they happily indulged. I still remember that jalopy of a Volkswagon Beetle we rented for the two hour drive. It was so hot, I wasn’t quite sure whether the wind (courtesy of the manual roll-down windows) was a blessing or a curse. There was no air-conditioning and the anemic radio only got Spanish AM stations. But none of that mattered, for was I about to see a place that I had only read about, one that existed, until then at least, only in my head. Climbing the impossibly narrow stairs of El Castillo, and standing in front of the ball court, the altars and the Sacred Cenote where human sacrifices were made turned all that history into reality. It was powerful to suddenly have proof that places described to me only in books truly existed in real life and that I could spend the rest of my life searching them out. 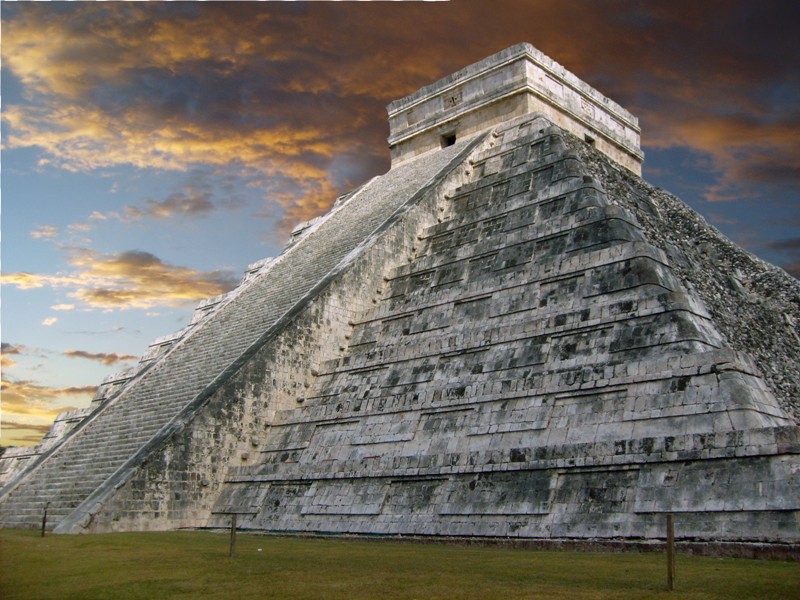 Now, while I can afford to travel much more, travel reading still satisfies my wanderlust in between trips. While guidebooks are great for getting an overall view of a place, they often don’t get updated for years between editions. If I’m researching a destination, I gravitate towards blogs and forums which are more current. Sites like TravelBlog allow you to search for blog posts based on destinations. While it’s not fun weeding through 20 entries of this-is-what-I-ate followed by this-is-what-we-did to get to the rare well-written gem, overall I find blogs and travel forums offer the most up-to-date info and often present an unvarnished, authentic reaction to a destination.

For travel whimsy, I turn to glossy travel magazines, my travel crack. I’ve subscribed to Conde Nast’s Traveler since I was a teen. Great photography and insightful prose never go out of style and while I fully realize I’ll probably never travel to 90% of the places I read about, glossy magazines provide a cheap and wholesome escape with lots of travel tips.

Then there are specific travel writers who I love. When I’m in the mood for Old School, I’ll pick up something by American travel writer Paul Theroux who describes the people and places he comes across in unbelievably rich detail. I remember reading Dark Star Safari as I was traveling through Africa, comparing my experiences with his, and doing my best to notice individual people around me in the same way he did. And I dare anyone traveling by train to read The Great Railway Bazaar and not feel like you’re taking the most mysterious, romantic form of transportation ever.

When I’m in the mood for a dose of travel reality, I reach for Sebastian Junger or Jon Krakauer, best known for their non-fiction accounts set in places like eastern Afghanistan or the summit of Mount Everest, equally fascinating and terrifying places I’d never dare go. One of my more recent discoveries is Chris Colin, a young’ish American writer, Theroux-like in his vibrant descriptions, but more contemporary with articles ranging from renting a friend in Tokyo to spending a raucous weekend in San Francisco’s Mission District. 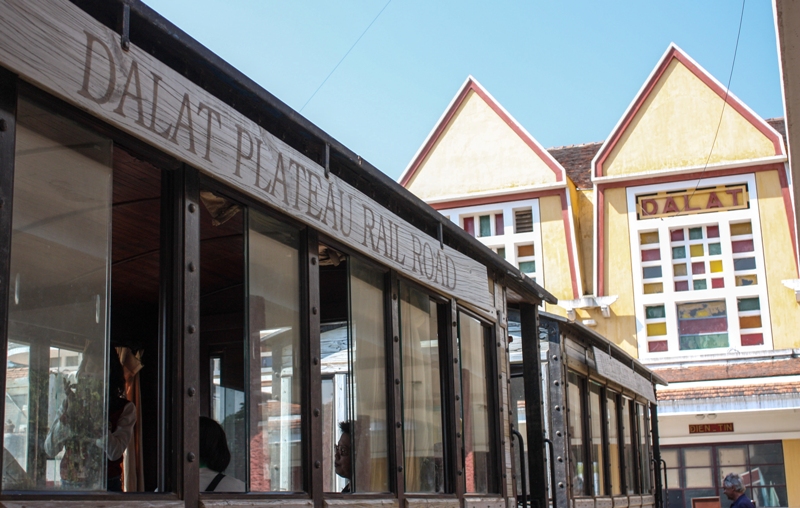 Whatever I pick up, though, needs to entertain me, transport me, and stoke my wanderlust to get out and see the world with new eyes, whether that be simply a trip to the corner store or some far-flung corner of Earth.

It might begin with a little seed, a whisper of a destination based on a single mesmerizing photo that you can’t seem to forget or a description so vivid, my senses yearn to see if the reality matches the anticipation. They say that the journey is almost as important as the destination. For me, reading up on a destination is part of the journey, poring through research to compile bucket list sights and must-photograph spots. From there, it’s just a matter of finding a (hopefully cheap!) way there, buying ever-important travel insurance and heading to the airport.

However, wanderlust doesn’t necessarily mean traveling far from home. I even find inspiration reading travel books about the city I’ve called home for the last four years, Saigon, Vietnam. Tim Doling’s historical guidebook Exploring Ho Chi Minh City has inspired me to walk the city and see beyond its façade, including Saigon’s fascinating Chinatown, a mix of French, Chinese and Vietnamese influences. Without the book, I would’ve missed 95% of the history on and behind those walls. 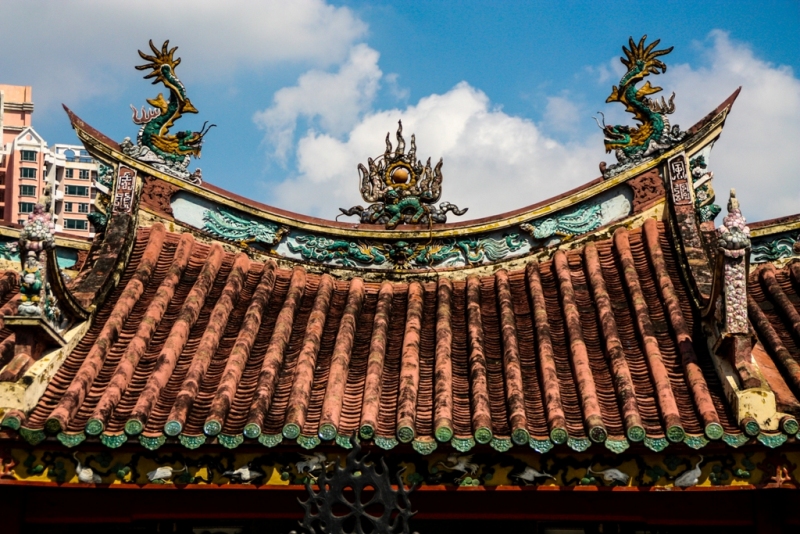 And Geoffrey Murray’s Vietnam Culture Smart! has encouraged me to try to understand the reason behind cultural differences I see on a daily basis. I wish I had read his advice to “never offer to share the costs” of a Vietnamese dinner but “simply make a silent vow to reciprocate in a good restaurant at the first opportunity” before my very first trip to Vietnam where a literal tug-of-war erupted over a dinner bill. I thought it was funny but my host was visibly displeased.

Just a few weeks ago, Saigon-based writer / blogger Barbara Adam released Vietnam: 100 Unusual Travel Tips and a Guide to Living and Working There. The 208-paged book isn’t a guidebook per se, but bridges the gap by including tips only someone who has lived in Vietnam for years would know, all with a good dose of humor thrown in. “Wave one arm above your head to make sure people have noticed you,” she writes on crossing the street. “The waving will probably make you feel like a twit but it’s effective.”

I still cringe when I recall crossing my first Saigon street more than 20 years ago, and getting my toe briefly run over as I unpredictably stutter-stepped my way through traffic. Amateur hour at its finest. 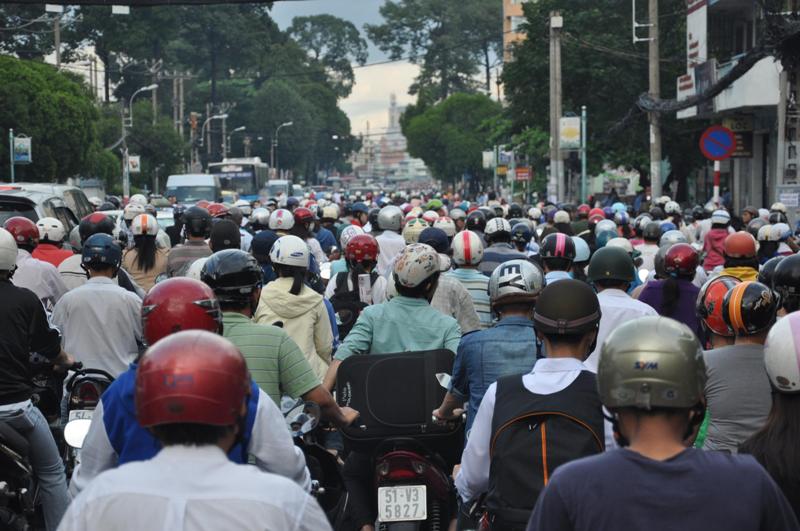 She also explains that extra long fingernail some Vietnamese men inexplicably sport: “For some, a grow-your-own-Q-Tip is a way to save money on ear-cleaning fees. For other men, the super-long fingernail is a sign that the bearer is not a manual labourer.” Having a Vietnamese husband means that Barbara has insights into both sides of the cultural divide. “It’s also not rude to pick your nose or squeeze pimples in public in Vietnam. If it offends you, look away,” she advises with all practicality.

Guidebooks are often written by authors who breeze into a city for a few days only to piece together surface observations. Barbara’s book reflects the knowledge of someone who’s lived in Saigon for years. There’s a section on how to use squat toilets with this only-by-experience bit of advice: “If you have sunglasses perched on top of your head, don’t look down into the toilet to check your aim because they will fall off and you’ll have to fish them out.”

Want to know the difference between travelers and tourists? No litmus test is quite as true as having a good squat toilet story… 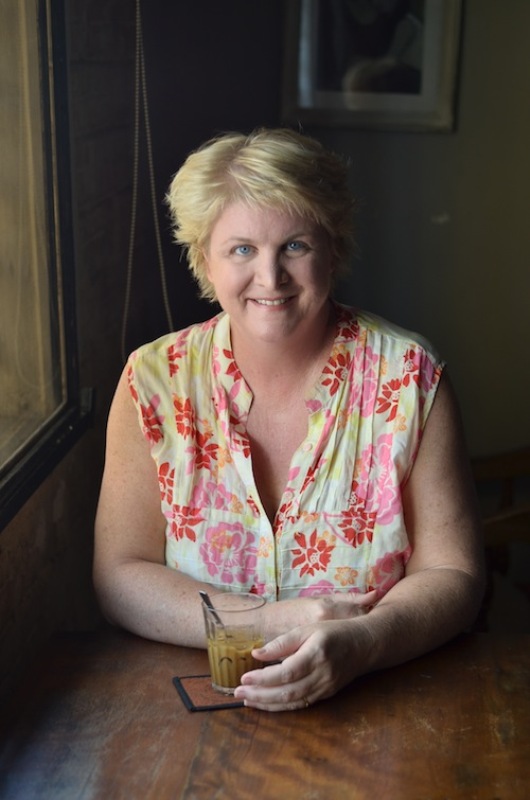 So whether it’s a guidebook or a magazine or a blog post you read, let it inspire you to see the world. After all, as Augustine of Hippo noted almost 2,000 years ago:

The world is a book, and those who don’t travel only read one page.

Where do you get your travel inspiration?

A version of this article first appeared in the April 2016 edition of Oi Vietnam magazine.

11 thoughts on “Book Your Travels: How Reading Fuels Wanderlust”