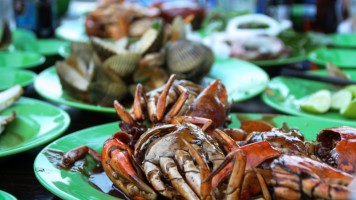 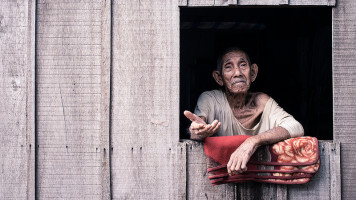 I Promise To Always Look Up

Dim Sum and Then Some 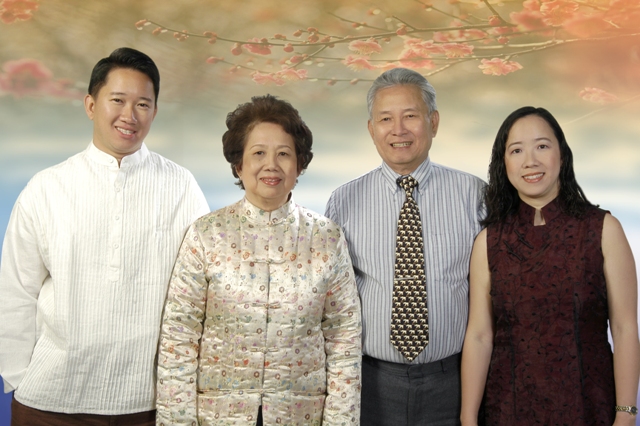 I love my parents.

Despite growing up in a lower-middle class family when we immigrated from Vietnam in the 70’s, they indulged my every extracurricular whim.

I remember walking to the nearby strip mall in my shiny new black tap shoes, hearing the clickety-clack of the taps on the sidewalk (even though I knew I wasn’t supposed to wear the shoes off the dance floor). I think those lessons lasted two years. The only thing I remember is my teacher yelling the word “ball change” and me not having a clue what she meant. It was clear that my interest was waning when towards the end, I just stared at the clock, fuming that I’d miss the beginning of Star Trek in the time it took us to drive home.

Later, my school offered violin lessons in the afternoons and I rushed home with the sign-up form. My mom duly rented me a violin from the local music store so that I could join in the musical fun. By the end of the year, I could play “Mississippi Hot Dog” with the best of them. (And no, that is not me in the video.) But my parents noticed that I hardly practiced and that was the end of violin.

By the time I was in fourth grade, I started piano lessons. My parents bought us a used upright (I think it was $300) that had chipped keys and one wonky black key that vibrated way too long every time it was hit. Yet my mom took me to my weekly half hour lessons all the way through to seventh grade when school, homework and tennis got to be too much. (I did, however, last longer than my sister, who promptly quit when the music teacher told her after a particularly uninspiring rendition that she had a headache and my sister’s playing wasn’t making it any better.)

Once again, I had talent, but no work ethic. I remember faking my way through scales and not practicing all week, only to sit in my piano teacher’s waiting room, staring at the sheet music, as if I could will my fingers into playing a combination of black dots on the paper that they had never played before. If I was particularly bad that week, I’d pull out my go-to desperation move and ask my teacher to play the piece I was supposed to have practiced, “just so that I could hear it again” and buy some much needed time. I have a feeling she caught on to that one rather quickly.

So being a sucker for learning things I have no hope of ever mastering, I of course jumped at the invitation to a Dim Sum Master Class at the Yu Chu restaurant at the InterContinental Asiana Saigon for Vietnam Journalism Day. 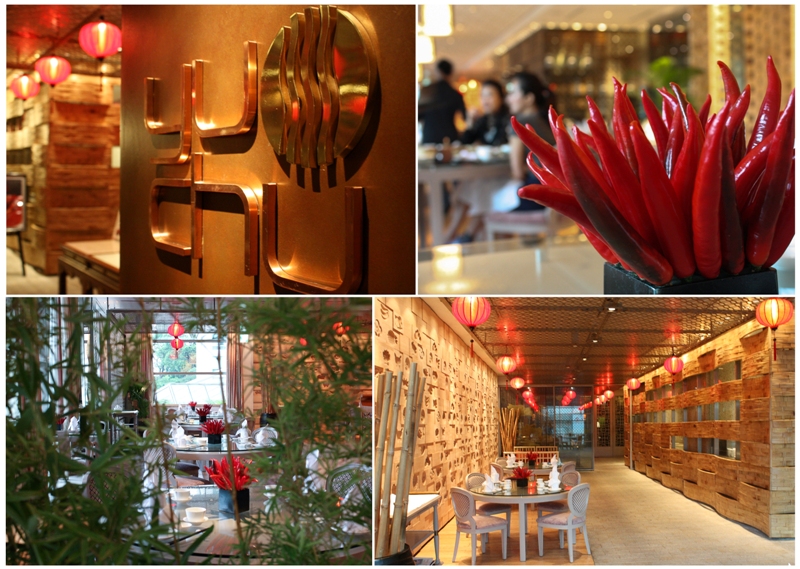 Here was yet another chance to not apply myself to something cultural and useful. It didn’t matter that previous chefs had tried and failed to make a cook out of me. There was a French Michelin star chef with his pan-fried fois gras with porcini and pear marmalade. And the award-winning Scottish chef who tried to teach me to make barramundi on crab meat potato salad. And just to show that I don’t discriminate, there was a local Vietnamese chef and her fried rice in lotus leaf. Just like in my piano days, it was all better in theory than in practice. 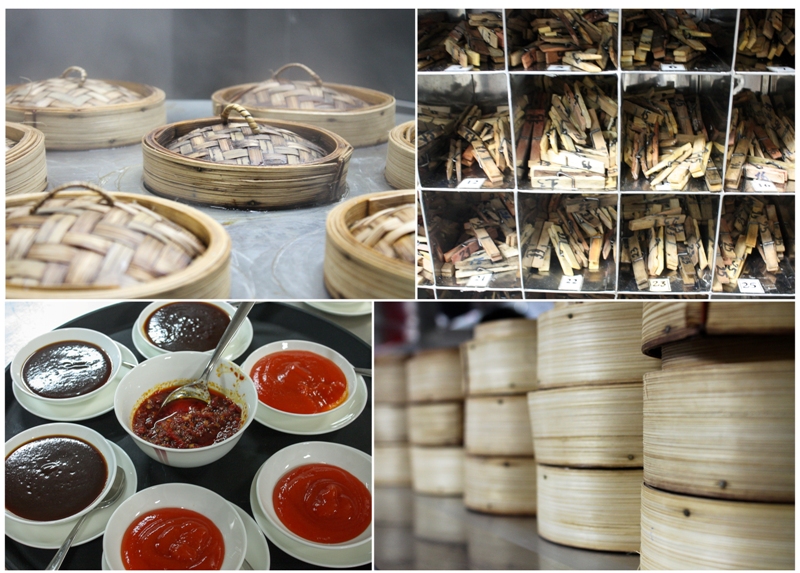 In the spotless kitchens of Yu Chu, we started out by donning full chef gear, complete with coats, head scarves and aprons (life lesson: always look the part!) and set about making dumplings filled with tiger prawns, coriander and flavored with fragrant sesame oil, all topped with a plump scallop. Some trade secrets we learned included running shrimp and scallops under flowing cold water extendedly to wash away any salinity, bringing out the sweetness of the seafood. (The chefs joked that the water would cost more than the actual product.) We also learned to add the sugar last when making any type of filling, as it draws out liquid and you usually want the filling to be dry. 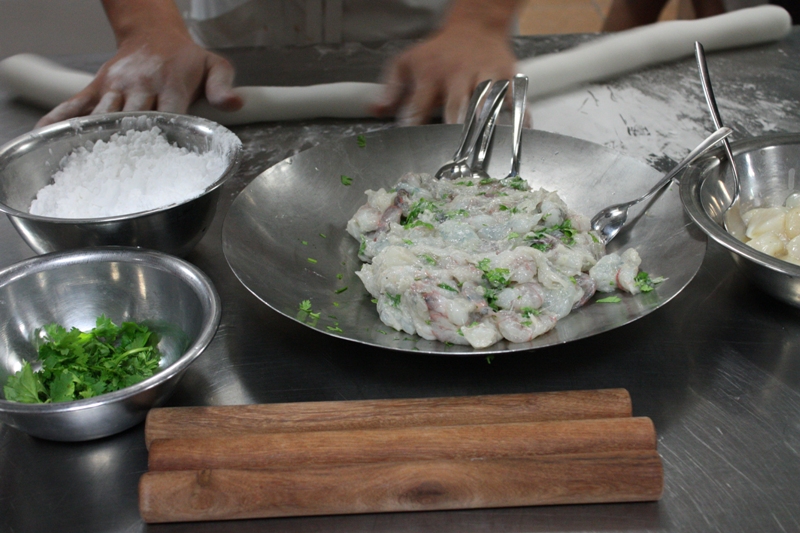 Then came the dumpling skins. Dumpling flour is actually a combination of various flours, the proportions of which are a closely guarded secret. A bit of water eases the kneading process but it’s actually when hot water is added that the sticky dough immediately puffs up. We were tasked with rolling the dough into small circles, thinner on the edges. Years of dexterous piano fingers betrayed me.

It was interesting that the chefs were all Cantonese from Saigon’s Chinatown, and in between giving us instructions in halting Vietnamese, they reverted back to rapid Cantonese amongst themselves. They deftly formed perfect ha kao dumplings which put our misshapen lumps to shame. In a rather hilarious moment, one of my fellow “chefs” was sternly chastised for using both hands to crimp the edges of the dumpling instead of just the right hand. Dim sum sacrilege. 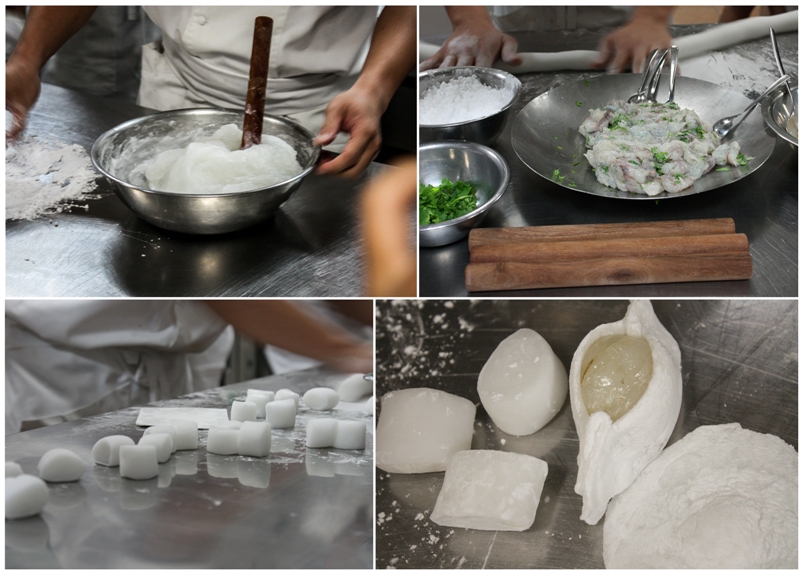 Thankfully, our post-kitchen feast featured a host of the delicious 38 varieties of dim sum on the all-you-can-eat menu, and not just the two that we made.

In the end, I think I’ll be filing my dumpling-making skills in the same folder as violin, tap and piano. Love the idea, but I’m happy to leave it up to the professionals. When will I ever learn? 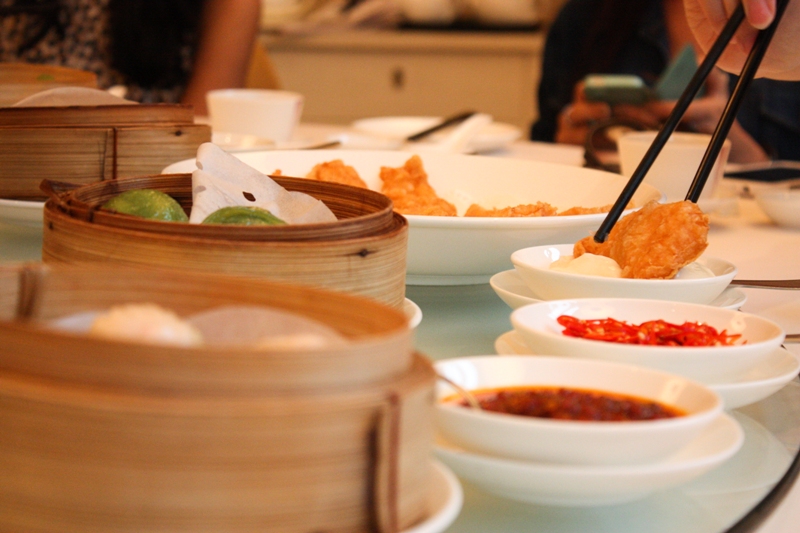 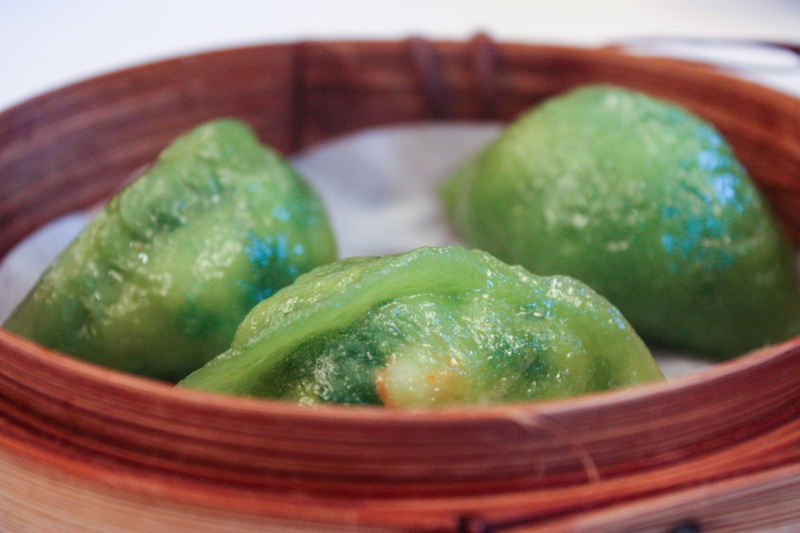 If you’re braver than me, the full recipe for your very own Steamed Scallop and Shrimp Dumplings follows.

While tap dancing was never my thing, a recent visit from my tango-obsessed 82-year-old aunt forced me to investigate a different form of dance. I was surprised to learn that there is a thriving tango community right here in Ho Chi Minh City. Click on the image to read my article on this intriguing art form that’s equal parts passion and control in the July issue of Oi Vietnam. 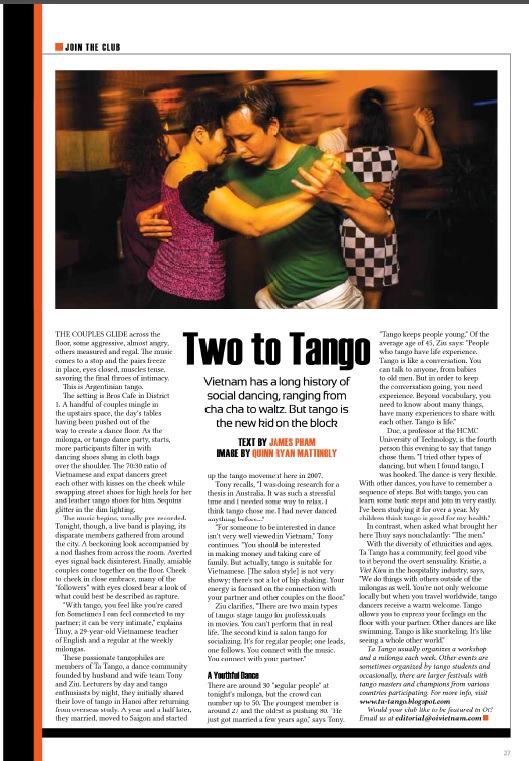 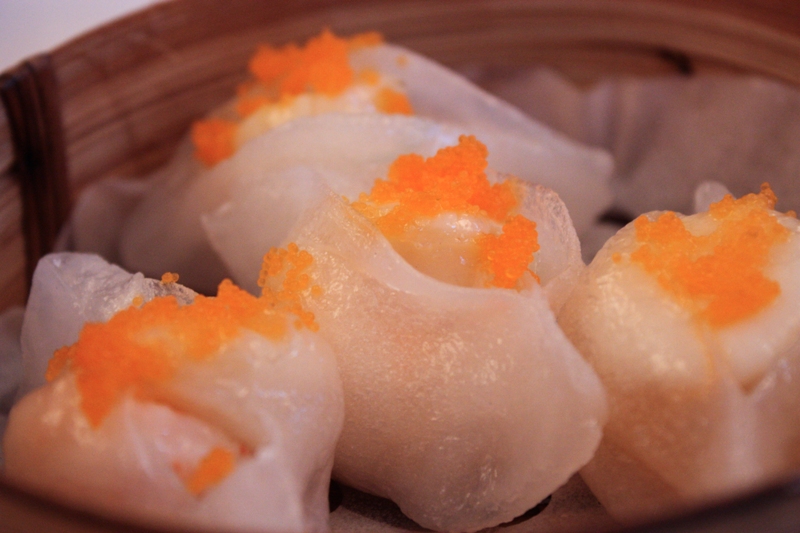 What about you? What childhood skill do you wish you could resurrect?

4 thoughts on “Dim Sum and Then Some”