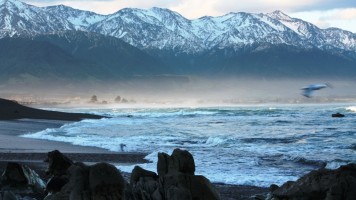 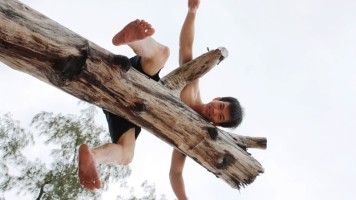 When I told a friend about my upcoming trip around the world, lamenting how much it was going to cost (answer: about the cost of a small car), he replied: “Just think of all the gadgets you could buy with that!” This coming from a man whose living room might as well have been sponsored by Apple. But gadgets eventually break or need to be upgraded. (Seriously. How many devices that play music can one person possibly own?) Memories, though, last forever. I love travel because there’s no substitute for laying your own eyes on something for the first time. I’ve seen pictures of Abu Simbel in movies (The Mummy, anyone?) but gasped to round the bend and see it in all its grandeur on a recent trip to Egypt. I’ve seen countless National Geographic shows on African animals, but to actually go on safari and watch a lion disembowel a hapless antelope calf? Priceless.

Something else that I love about travel is the uncertainty of it. New surroundings, dealing with people who don’t speak your language, being a minority in someone else’s country, working out how to get from point A to point B without getting hopelessly lost, figuring out how to order a meal when you can’t read the menu and there are no pictures? It just has a way of stimulating the brain that you can’t get any other way (at least, not without controlled substances.) There are just so many highs and lows. My normal life is Safe. Scheduled. Controlled. My travel life is Riotously Unplanned. Risky. Unpredictable.

Not that that’s always a good thing. Getting home late from Sihanoukville meant I packed for my next leg in a sleep deprived, cranky mood. It all came to a head when I was at the airport early the next morning, headed for Kuala Lumpur. While standing in line to check in, I flip through my brand new passport admiring all the precious unused visa pages (my old one had run out, maxed out at over 70 pages, all full). Suddenly, I had a sinking realization. Where was the Cambodian visa I needed to exit the country? The same visa that was in my old passport. The one that was at home, in my desk drawer. With only 50 minutes until the gate closed, I frantically phoned my housekeeper, got her out of bed and breathlessly begged for her to rush to my house to get the passport and bring it to the airport. She was sure she could be here in half an hour. Big sigh. Crisis averted!

I check in with my new passport, hoping for the best. As the minutes tick by, 30 minutes becomes 45. With 10 minutes to go, I tell the counter staff, hoping they’ll hold the flight. But no such luck. As soon as they find out, they offload my luggage and with that, my hopes of making the flight. Five minutes later, my housekeeper arrives with the passport. If I wasn’t in such a rush, I would’ve looked to see if she had used up precious minutes to stop and take a shower. But by now I’m regretting I ever told the airline. By the time they figured out I hadn’t boarded, I may just have made it. Long story short and $190 lighter, I’m booked on another airline for a flight that leaves a few hours later. Like I said. Highs and lows.

While Malaysia is an interesting country, with a diverse ethnic mix, from light-skinned Chinese to darker skinned Malay / Indians, making the people interesting-looking and the food choices vast, I have to admit that Kuala Lumpur has never been a favorite destination. Just another big city in a rising Asian country. But this time, it felt different. Taking the fast KLIA Ekspres (USD 12) which connects the airport to the city center, palm tree plantations give way in a green blur to low-income pastel apartment buildings, laundry strung out on balconies, and finally to the glitzy steel, glass and concrete skyscrapers that make up the cityscape, covering the 70 kms in just 28 minutes at a speed of up to 160 kph.

Today, I’m checking into the Hilton Kuala Lumpur, a destination in its own right. Posh, marbled and a 2 minute walk from the train station, the Hilton is the perfect base for exploring the city. I’m not really one for luxury hotels (not that I have anything against them, mind you), but after this stay, I can see why some people are happy to shell out for them. The trifecta of bidet, rainwater shower and assortment of Crabtree & Evelyn products (yes, I AM a girl) made for possibly the most satisfying bathroom experience I’ve ever had. (I think using a bidet is almost like flying on a plane. Everyone remembers their first time. Don’t lie. You know you remember. And be honest. You probably left it on for slightly longer than really necessary. But no judgment!) Rooms were beautiful, open concept with sliding doors of mirrors and frosted glass. Don’t even get me started on the meandering pool, slide, waterfalls and caves, all on the 8th floor overlooking the city.

The 8th floor? Really? How heavy is all that water, I wonder? And I won’t even talk about the tiny TV screen imbedded into the bathroom vanity mirror. Do you remember when you were a little kid and you saw the moon during the day for the first time, mesmerized? Watching the tiny TV in the mirror while brushing my teeth was a little bit like that. No wonder Paris Hilton is so rich…

Part of the reason I was looking forward to getting to KL early was the shopping opportunities. Phnom Penh only recently got its first Western-style cinema, so any chance for real shopping simply cannot be passed up.

Surya Kuala Lumpur City Centre (KLCC) is a huge mall set at the base of the Petronas Towers and houses all my favorite high end boutiques where I can’t actually afford to shop: Paul Smith, Ermenegildo Zegna, Prada. My mission was simple: Get a good walk-around camera lens and some dressy casual shoes (or casual dress shoes) at Asian prices before hitting everything-expensive Europe. Failed on both counts, unfortunately. The lens I found was $200 more than on Amazon, a tradeoff I wasn’t quite willing to make, even though it would have saved me from having to lug around two different lenses. Oh well. On the bright side – more time to spend back in my Hilton bathroom!

Travel tips: (1) It’s free to go up to the viewing Skybridge that links the Petronas Towers, but timed tickets are limited so bring a book and queue early in the day (like by 7:30am for when the office opens at 8:30am). (2) With both a monorail and subway system, it is infinitely easy to get around KL. There are also a myriad of travel options from both airports (KLIA and the low-cost carrier terminal). The fastest is the KLIA Ekspres. Unfortunately, from the LCCT (the Air Asia hub), you’re limited to buses or a shuttle + train combo. Both take the same amount of time, about 1 hour. Look out for the Air Asia bus which only costs USD 3 (buy tickets on the spot). (3) With banks in financial trouble, incentives for opening new US credit cards are better than they’ve ever been. Often the best benefits come with cards that have a high annual fee. But the American Express Hilton is a no fee card and comes with enough points for up to 4 nights (but probably more like1 or 2 free nights unless you want to stay in Des Moines or Schenectady) with $750 purchase. Every few months, check out this site for the best travel credit cards. Be aware that most cards only allow benefits to first time card members, so hold out for only the most irresistible deals and you too could be on your way to your very own HBE (Hilton Bathroom Experience).

5 thoughts on “Have Passport. Won’t Travel.”