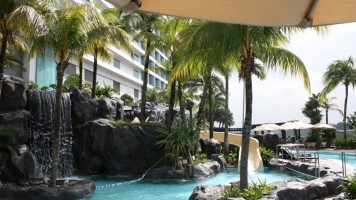 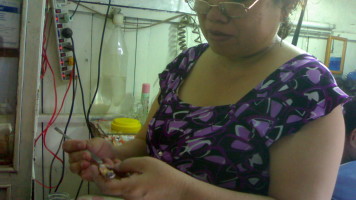 Where Feather Dusters Are Born 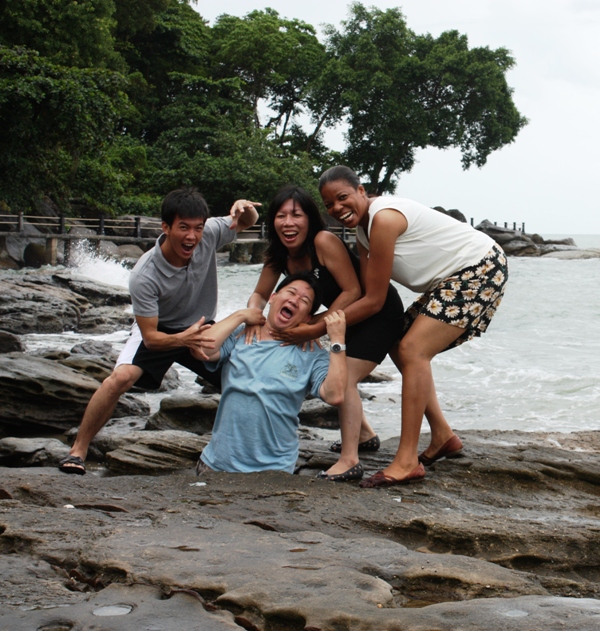 I’m officially unemployed. Wow. It feels weird to say that out loud. I know we all consciously resist the idea of letting what we do define who we are, but is that really possible when it’s

always the 2nd or 3rd question that people ask you? Wonder how I’ll answer that inevitable question now when it comes up. But strangely, I’m not all that worried. Alternating between being a student or an employee or at times both, it feels liberating to just “be”. Sure, not knowing where my next paycheck will come from or weighing the pros and cons of whether or not to shell out for health insurance or still having to pay monthly bills is a tad disconcerting. But not having to get up at a certain time or constantly having unwelcome work issues seeping into my non-work consciousness seem like a good tradeoff. Give me a few weeks to try it out. I’ll let you know.  For right now, though, I’m relishing in the uncertainty of it all.

My last day of work was Saturday and on Monday, I was heading to Cambodia’s premier beach destination, Sihanoukville (known to locals as Kampong Som) with some friends, a five hour bus ride (USD $7.75 return) from Phnom Penh.

A sleepy beach town with a cluster of low-lying buildings in the town center, Sihanoukville is known for its tranquil beaches, a smattering of offshore islands, fish massages and basically being a weekend playground for tired, overworked Phnom Penhites. While some Western tourists also make the detour on the way to/from Vietnam, predominantly, it’s a local hangout.

For this stay, we are booked at the chic Independence Hotel, famously once housing Jackie Kennedy. Because it’s shoulder season just ahead of the tourist influx, we practically had the place to ourselves, never seeing more than 7 guests together at any one time. However, the immaculately manicured gardens, sumptuous buffet breakfast and windy beach walkway leading to its own private beach were more than enough to keep us distracted. While Ocheteaul and Otres are nicer beaches, the seclusion of the Independence beach sans touts is definitely a selling point. Situated 5 kms from the closest beach party and the many backpacker haunts of Sihanoukville proper, it’s a place for quiet decompression with close friends. (There’s a free shuttle which takes guests to town, but why bother?) A set dinner of Caesar salad, tomato cream soup, fish filet in a white wine / seafood sauce over potato puree and finished off with a papaya mousse may set you back $28, but having it served in the beach restaurant which overhangs the waves washing over smooth, worn boulders? Priceless.

This feels like a good beginning for my next three months of travel: swimming with wild dolphins in New Zealand, riding a hapless donkey past the Treasury in Petra, floating on the Dead Sea in Jordan, taking in some theater in Prague, having late night tapas in Barcelona, people watching by the Trevi Fountain in Rome and soaking up some Oahu sunshine are just some of the many things I have to look forward to. Oh. And how could I forget the best part of all? Not waking up at 5:15am to get ready for a 6:00am English class.

Travel tips: (1) It pays to do due diligence when booking hotels. With rooms normally starting at $120 per night at the Independence Hotel, a travel agent friend offered to book me in for a negotiated rate of about $70 a night. Before booking through him, I checked the hotel website, which serendipitously turned up a promotion of $125 for a two night stay. With so many online travel sites like Expedia or Hotwire, it’s tempting to opt for convenience. However, a quick look at the hotel website may reveal in-house promotions which often don’t make it to third party sites. There’s also some leverage for upgrades when booking directly with the hotel. Because the property was at low occupancy during our stay, our party was upgraded to oceanview balcony rooms in the new plantation style wing of the hotel. With smaller properties, it pays to ask about an upgrade. The worse thing they could say is “no”, right? On the other hand, an upgrade really doesn’t cost them anything, especially if you may be a repeat customer. So put on your best smile (no, not the creepy one) and call the desk clerk by name. You could always let it slip that you’re a frequent contributor to tripadvisor.com and promise to write the best review EVER after your stay. (2) With far fewer tourists than neighboring Vietnam or Thailand, Cambodia’s tourist infrastructure is significantly less developed – fewer options and slightly less value for money – but still cheap by Western prices.

Expect only a handful of bus companies (with Capitol being the one with the widest network), and don’t be surprised when “express” buses stop along the way to pick up the occasional off-the-books passenger who might just plop down next to you on a stool in the aisle. (3) When traveling by bus in Asia, the first row of seats behind the driver are considered the best as they have more legroom. Book seats early, if possible.

9 thoughts on “Will Work For Travel”