NextGen Hamster iPhones – Where Does It End?

I’ve Been to the Future (And there’s Panda TV!) 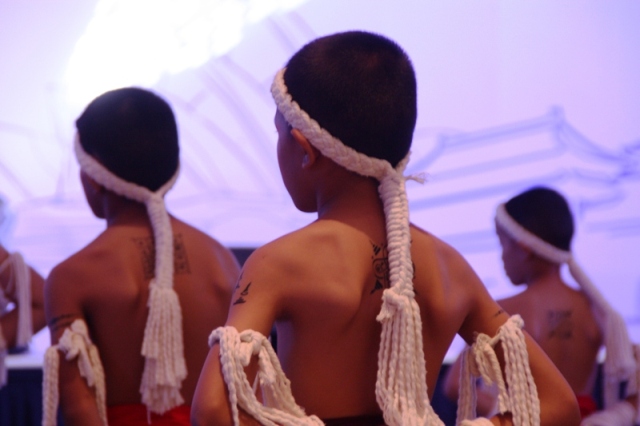 It’s the year 2555. People travel high above the ground. The human form has evolved from two distinct sexes into one seamless hodgepodge of androgyny. People no longer cook. You simply imagine what you want to eat and it is instantly available. Yes, I’ve been to the future, people, and it ain’t pretty.

Of course, I’m not really time traveling. It’s much worse… I’m in Bangkok.

The year is 2555 (in the Buddhist Era), with Year 0 being the year Gautama Buddha is believed to have died. Skytrains zip people around this sprawling metropolis. Ladyboys with flawless skin and ever-so-slightly-too-large-hands and their opposites, Tomboys, are firmly in the mainstream, so much so that Ensogo, the Thai version of Groupon, ran this deal the other day…

When I lived in Cambodia, I couldn’t wait to spend long weekends in Bangkok. But now that I’m here on a brief 2.5 month contract, something feels different. The first Saturday afternoon I had free, I merrily made my way to Chatuchak Market – 15,000 glorious stalls selling everything from home decor to pets to fake designer iphone cases to up-and-coming designer one-of-a-kinds. I had barely gotten off the skytrain when a feeling of claustrophobia overwhelmed me. Hordes of people, unbearably hot weather, narrow alleyways. Not even the cutest rabbits wearing gaudy sweaters could appease me. Or the relative oasis of a foot massage. What was WRONG with me?

You KNOW there's a problem when even a foot massage can't cheer me up!

I used to love coming over for the movie theaters (in the days before Cambodia got its own). New English movies in plush cinemas for less than USD 5? What’s not to love? Now, I can barely manage the wherewithal  to brave the public transit system. For every 5 people who get off, 50 more squeeze on. Of course, it doesn’t help that I’m based in Silom, the Wall Street of Bangkok. Tall buildings surrounded by soulless concrete spaces.

Stalls that pop up every morning on the already too narrow sidewalks, forcing me to choose between inching along behind people gawking at cheap audio equipment and the latest in housewife fashions or walking in the street, taxis careening by much too closely…

It’s just so weird that all the stuff that I used to love about Bangkok now just gets on my nerves. I’ve lived near big cities my whole life, growing up in Virginia, just outside of Washington DC, and in my 20s, working in the suburbs of Toronto. But this is my first real experience of living in The Big City. Be careful what you wish for…

But now that I’ve settled in more, I’m finding the silver lining in the serendipity of everyday life here. Like meeting Tom Cruise at the local mall.

Never the same after that Oprah appearance

Or finding beauty in the raucously colored flower wreaths sold along the street.

The stuff of nightmares

Or the soulful sounds of a blind saxophonist amidst the morning’s rush hour.

Or the creative use of leftover sandbags from the flooding a few months’ back.

Hello, are you Form? Meet Function.

Or a strangely out-of-place Muay Thai performance at an educational expo I attended.

Even though I’m only here a short time, I’ve tried to make it feel as homey as possible. By the end of my first week, I had already taken out a membership at a nearby gym with a gorgeous rooftop pool. “January is very cold”, the receptionist warned as I asked about the pool membership. “Ha!”, I laughed, feeling the sweat rolling down my back just from walking a few blocks in the afternoon heat. But after a week of swimming at the pool, I came down with a wicked cold that lasted over a week.

The Pool of Death

Luckily, that same week, I also arranged for cable TV to be installed. Interestingly, a month of cable costs exactly the same as a month of gym membership. Guess which one I’m keeping?

The choice was made even easier when I discovered the Panda Channel, a channel that shows a live feed from a panda enclosure. I’m talking 24/7. What could possibly be more riveting than watching a panda nap, I ask you? Did I mention that pandas sleep 12 hours a day?

Oh, there’s also the censoring. Anytime someone is smoking or holding a weapon, the image gets censored. Actually, let me clarify. The image is only blurred out the precise moment the cigarette is up to a person’s mouth or if the weapon is actually pointed at someone. Even in cartoons. I’m no sociologist but I’m pretty sure that’s not the deterrent it’s meant to be…

Don’t get me wrong. I’m still making the most of my short stint here. I have friends and friends of friends here. The food is as great as ever. The weather is perpetually summer. The people are really nice and smiley. It’s just that maybe I’m not quite ready for the future. I want to go home. Just please let me keep my Panda TV…

Travel tip: Bangkok is connected by a dizzying array of buses, skytrains, underground trains, taxis and tuk-tuks. While the skytrain and the metro do have inter-connecting stops, they work on different fare systems. You’ll need to buy new tickets each time. If making multiple stops on the same system, check out the reasonably priced day pass. Otherwise, always have a pocketful of change to buy single-use tickets. You can always get change in the stations, but it may mean waiting in a long line. 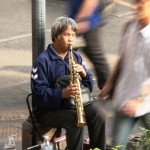 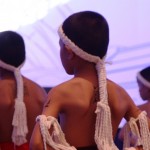 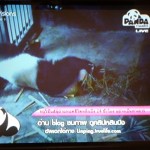 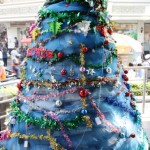 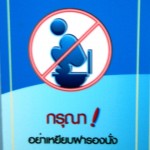 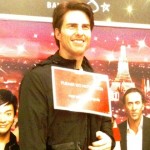 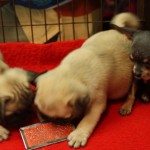 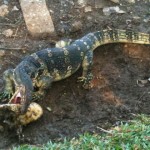 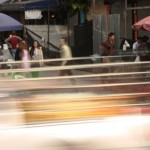 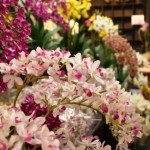 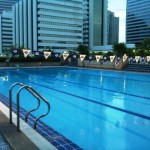 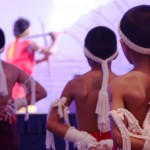 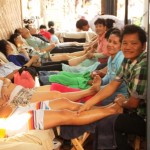 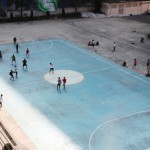 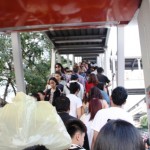 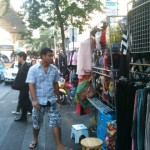 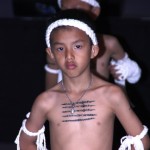 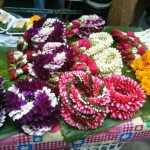