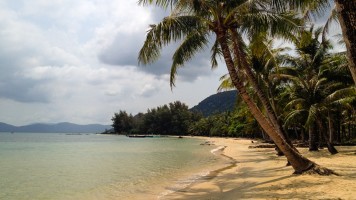 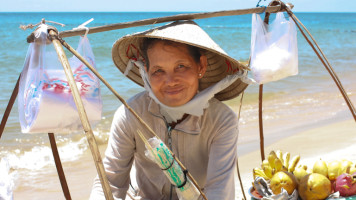 In a twisted hobby, I’ve been known to go on job interviews for positions I wasn’t truly interested in. I also like taking tests. One job I went for actually had me do an IQ test as part of the selection process. Best. Interview. Ever. And I may have been part of my school’s “It’s Academic!” team. *cough* NERD! *cough*

Contests combine my two loves – competing and being judged. So it’s not surprising that I sometimes enter competitions – tennis tournaments, pub trivia, and photo contests. I like photo contests because it’s an excuse to go through old photos and relive some memories while rediscovering forgotten moments. Here are some recent photo contests (they’re all live, so join in the fun and enter yourself!)

1. The Explore Competition, hosted by Black’s, a UK-based outdoor and travel gear retailer, open to everyone until May 5.

Rules: One photo for each category: Wild / Fast / Panoramic / Epic 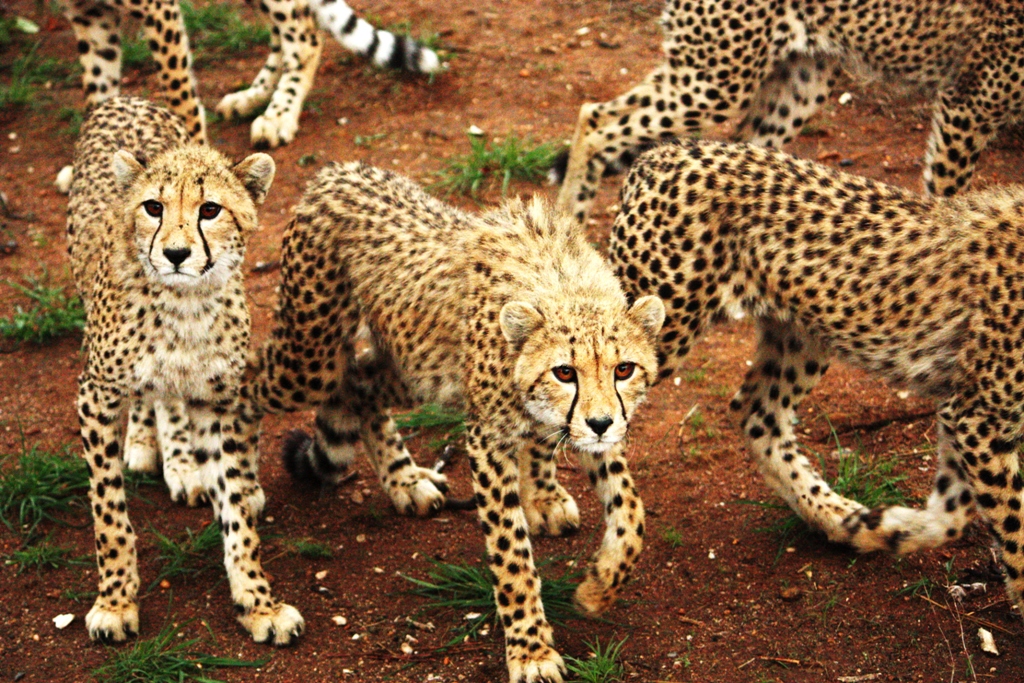 I photographed these cheetahs in northern Namibia, in a sanctuary protecting these beautiful animals considered pests by farmers who routinely shoot or poison them. The sanctuary had wide open spaces and in an ironic turn, the people were caged inside a moving truck as staff members tossed out huge pieces of donkey meat. It was incredible how fast these guys leapt and twisted and scurried off with their share. Although there has never been a documented case of a cheetah killing a person, their intense stares were disconcerting nonetheless. 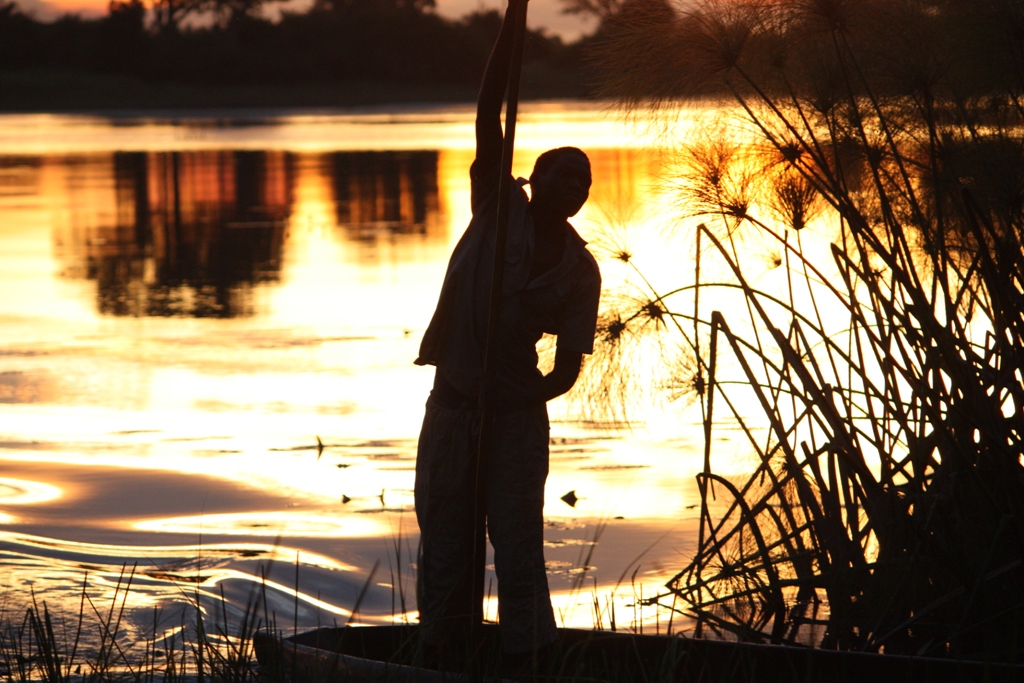 I thought using the cheetahs for “Fast” would’ve been too obvious, so I chose this one, of a mokoro (canoe) poler from the Okanvango Delta (Botswana) instead. Once a year, the delta floods, creating an intricate network of waterways, most just a few feet deep. Wading through the waters is how the animals get from temporary island to temporary island, but the fast way is using the age-old mokoro. Traditionally made out of a hollowed out tree, they’re usually now made out of fiberglass. Local polers push the mokoros through the tall reeds, as they glide effortlessly amongst the lilies, hippos and egrets of the delta. 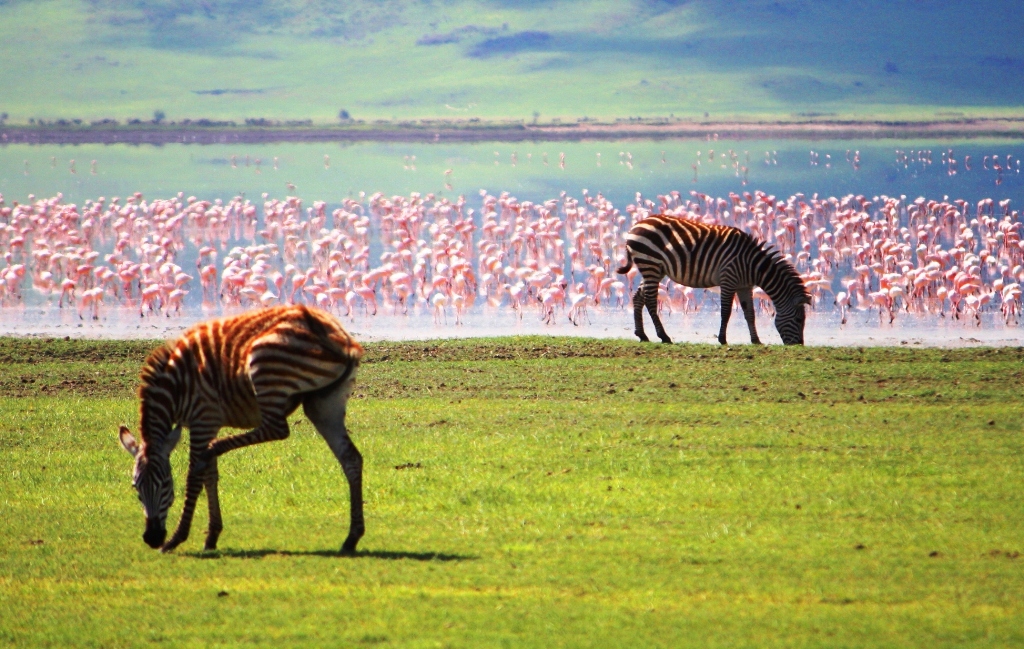 One of the best days of my life was spent in the Ngorongoro Crater in Tanzania. Rimmed by mountains, the long-extinct crater is a microcosm of diversity. The steep walls keep most of the animals inside and the pan-flat center makes for incredible game viewing. Within minutes, you’d see herds of zebra, prides of lion, a solitary cheetah or two, and the occasional Maasai shepherd keeping a close eye on his herd of goats. Mountains, lakes, wildlife harmonized for the most amazing 360 degree views. It was a day I will not soon forget. 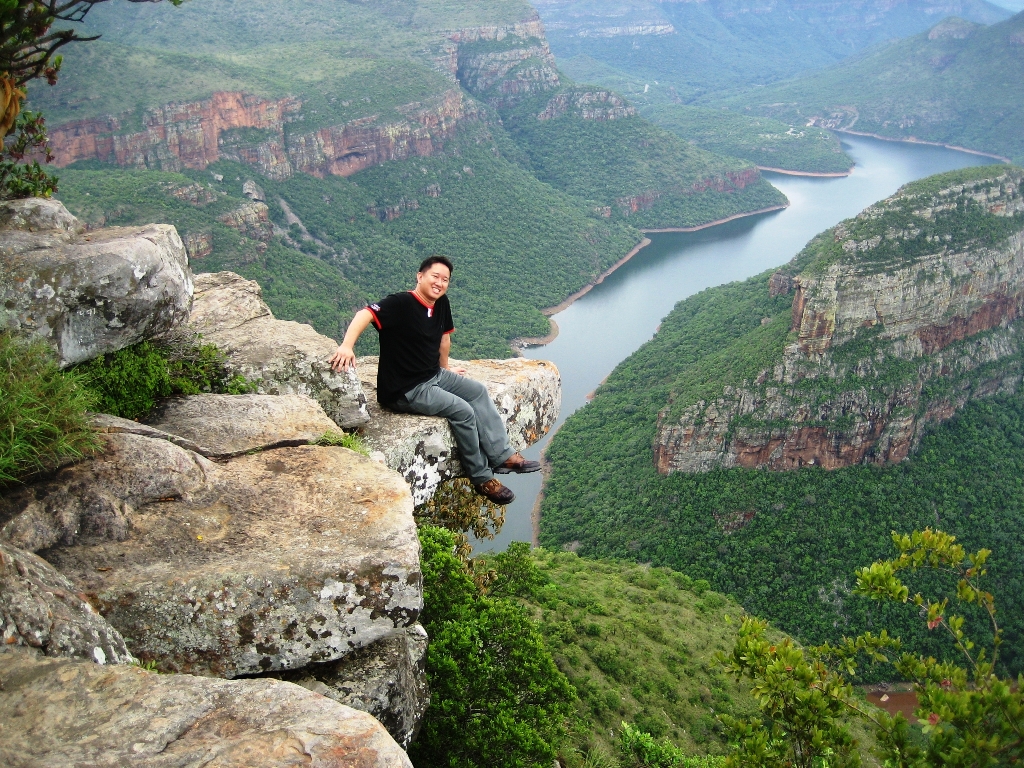 Africa had always been a bucket list destination for me. On my first trip, I only got to see South Africa, but Blyde River Canyon made an unforgettable impression, not only for its size (one of the largest on earth) but because it was so green, unlike most of the other canyons I’ve seen. This was straight out of Jurassic Park, something so primitive and beautiful, I wouldn’t have  been surprised in the least to see a T-Rex or a Brachiosaurus walking in the valley below.

This competition is always fun as it bounces around website to website, with each winner hosting the next round and choosing a theme. I won it last year and chose Serendipity as my theme. Statues is a hard one, though. 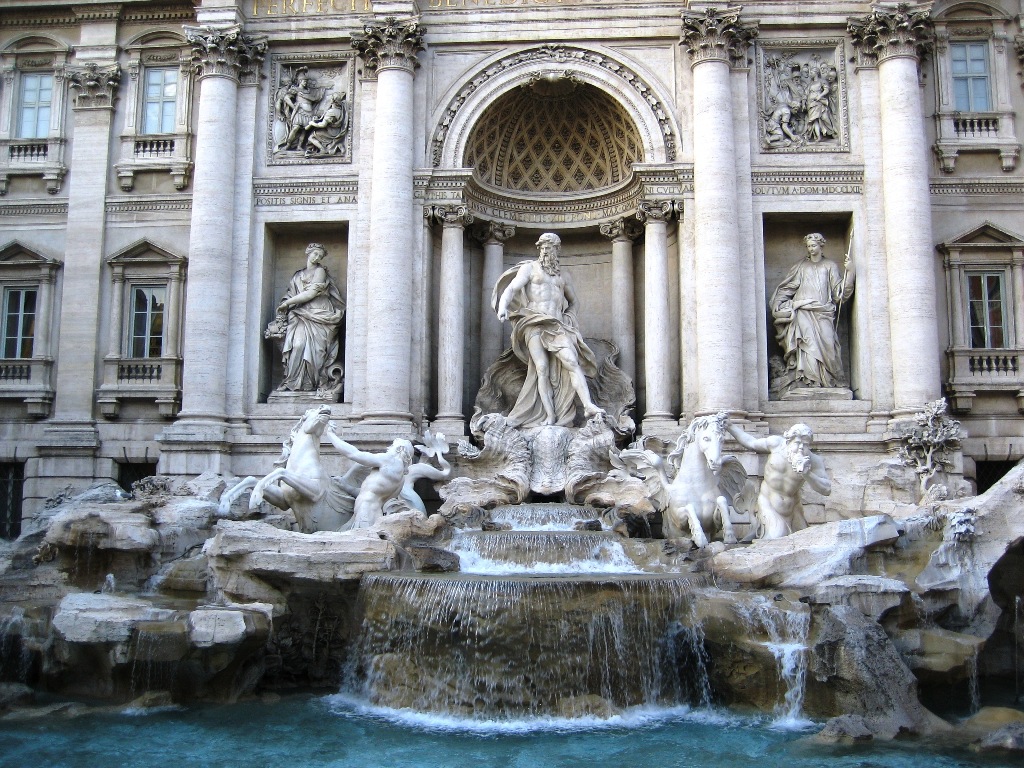 One of my favorite spots, anywhere. Yes, it’s usually ringed with tourists, but there’s something about this facade that’s building and fountain and just plain mesmerizing. Leave me a slice of pizza and come back in a couple of hours. 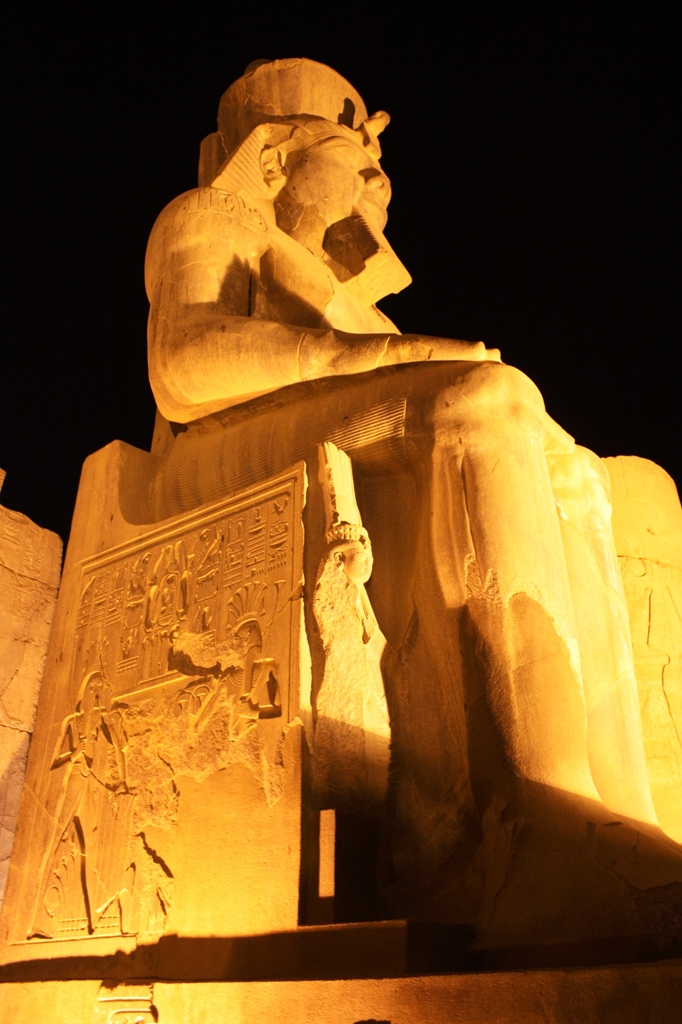 Visiting Egypt was a dream come true. I kept waiting to get “templed out” but that moment never came. All those years of reading about ancient Egypt, picturing myself there… as a kid, I must have read “The Egypt Game” twenty times. I may have even re-purposed some of my mom’s costume jewelry into Egyptian artifacts (sorry, Mom!) I didn’t have very much time in Luxor and arrived at Luxor Temple very late in the afternoon. The crowds had all gone and I spent a couple of magical hours, just me and Ramses, watching the sun set on one of the greatest civilizations to have existed. 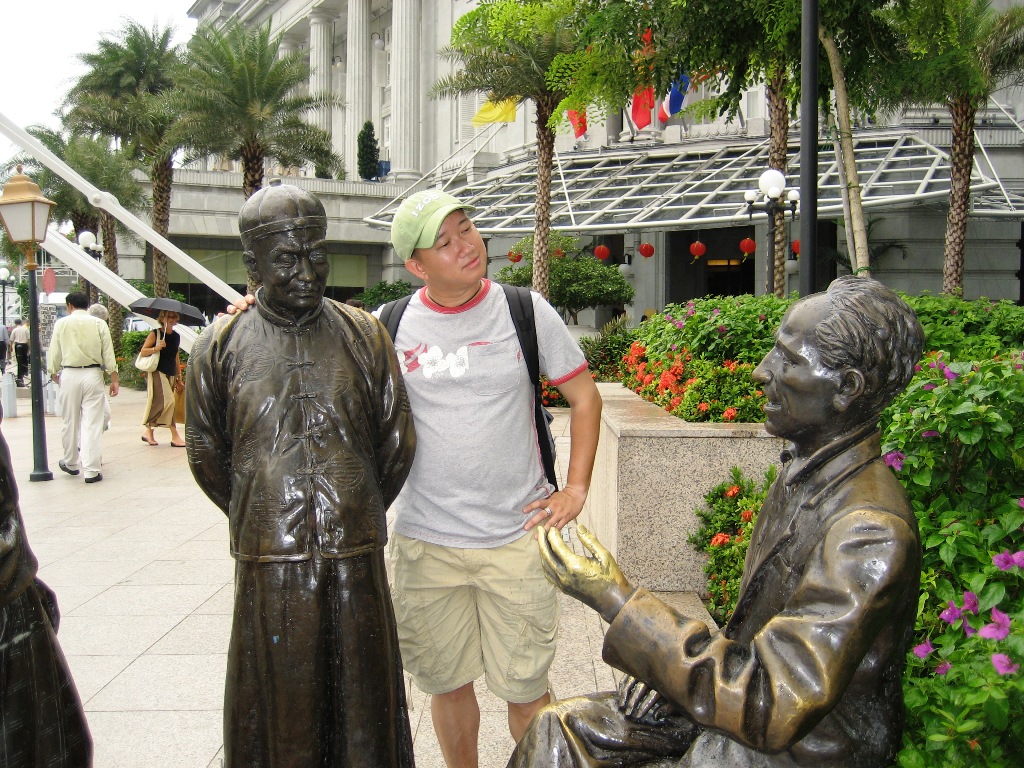 This is probably my more normal “statue” pose. I first visited Singapore in 2004 and found it an alternate universe (or at least an alternate Asia). Half the girls had blue contact lenses and everyone had a phone slung around their neck. Living in Cambodia at the time, all the cleanliness and order was simply overwhelming! 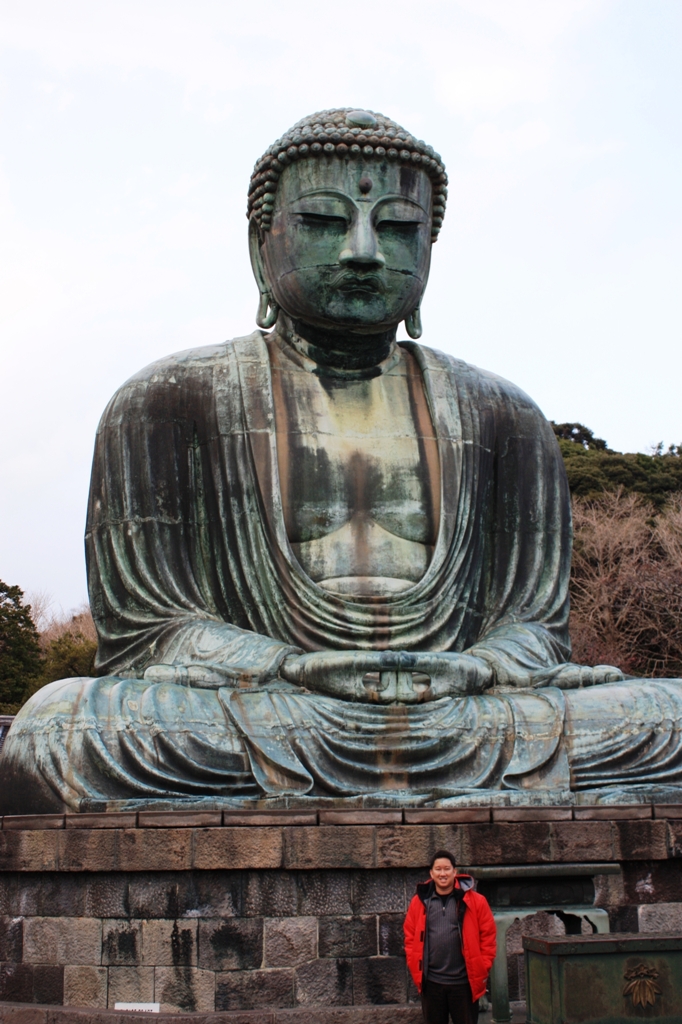 Having a body shape similar to the Buddha is not a compliment. I was happy to finally find a statue bigger than me in the Great Buddha, a 93 ton, nearly 800 year old monument in Kamakura, an easy day trip from Tokyo. 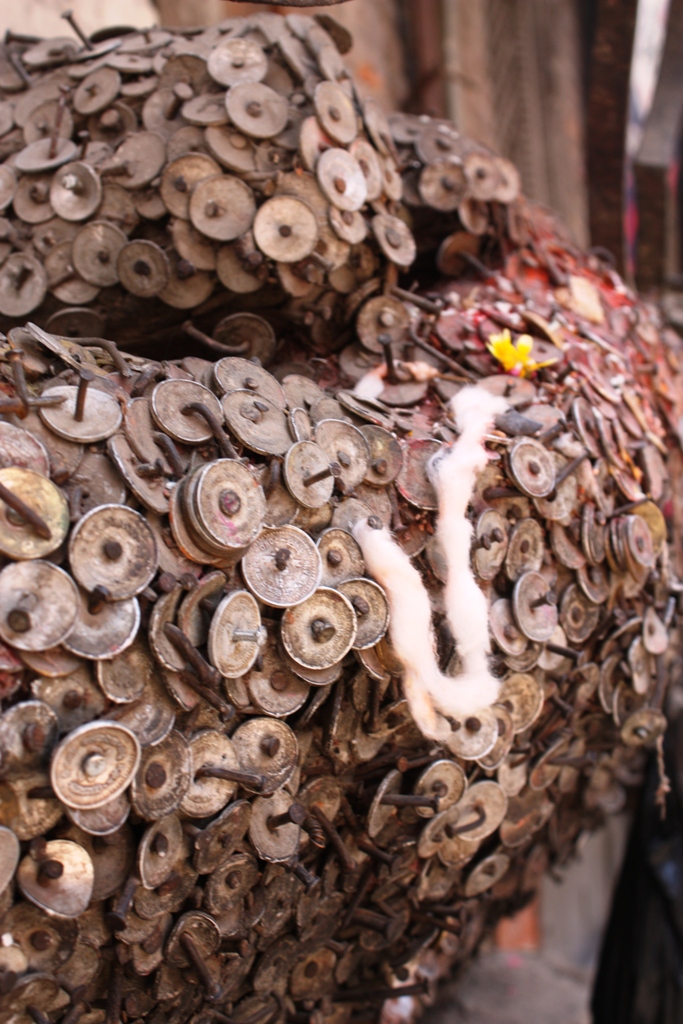 My weirdest statue photo, though, has to be Vaisha Dev, a misshapen block of wood on a non-descript corner of Kathmandu. Sufferers from tooth pain nail coins to this representation of the Newar goddess for relief.

3. Indochina, run by Oi Vietnam magazine, open to all, submissions by May 12

I’m actually running this photo competition for Oi Vietnam, with the top prize being a night’s stay at the gorgeous Ana Mandara Villas in Dalat, a complex of 17 fully-restored colonial-era villas set in Dalat’s pine forested hills. 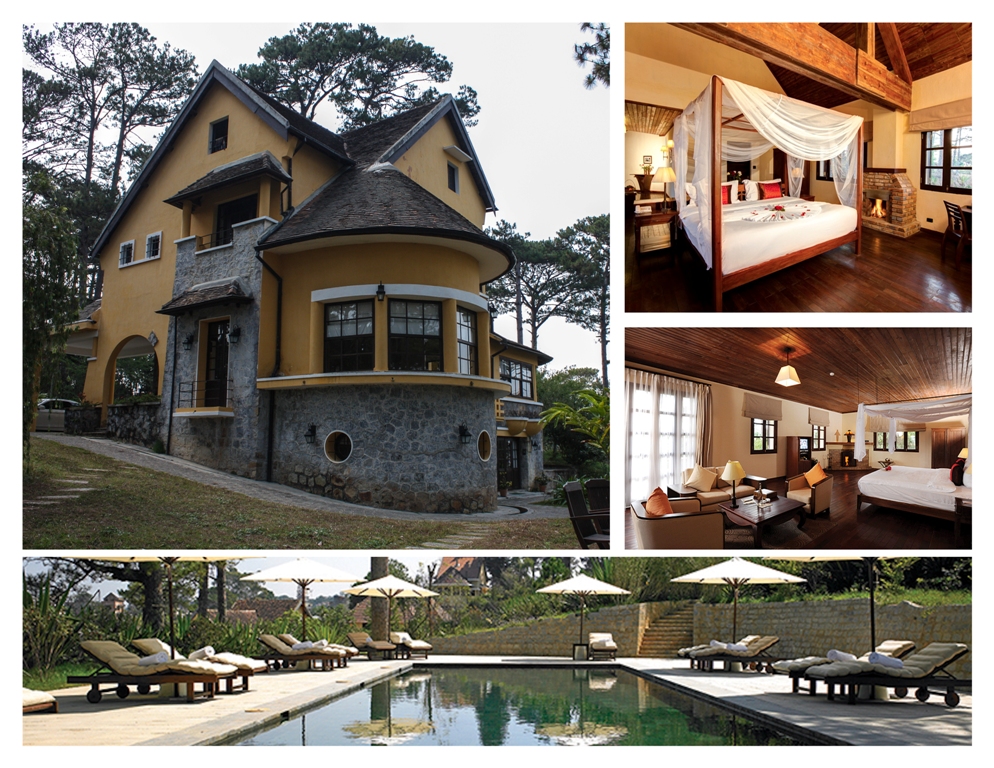 Win and stay here for a night!

There are two winners, a Fan Favorite (most likes) and an Oi Favorite (chosen by the magazine’s editorial team). Super simple to enter (rules here) and if you win and can’t use the prize, I’m sure *cough* someone *cough* can take it off your hands… 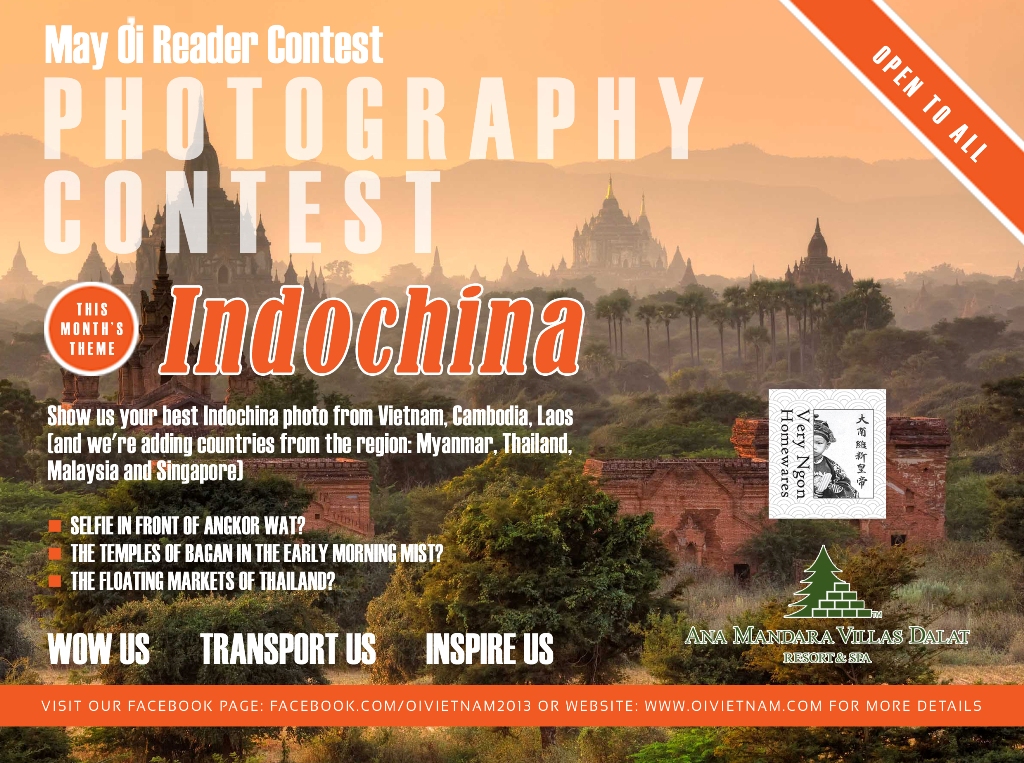