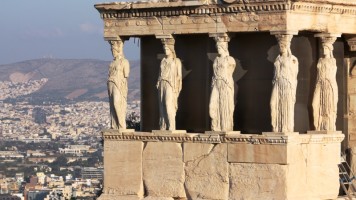 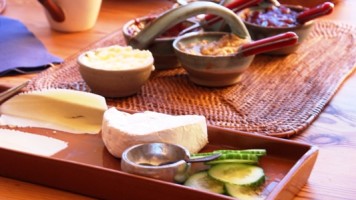 I No Longer Fear Bed and Breakfasts

There’s something about taking an old-fashioned train ride. The clickety-clack of wheels against rails, the windy nature of the train snaking through the landscape all viewed from huge panoramic windows, the nostalgic feel of the whistle stops along the way… So it was that I found myself booked on the TranzAlpine, rated one of the most scenic train journeys anywhere in the world.

I previously spent the night in Greymouth, the largest town on New Zealand’s western Golden Coast (still only with a population of about 10,000), situated on the Grey River, where townfolk come out to catch baitfish along its banks. Historically a gold and coal mining town, it’s now known as being one end of the TranzScenic railway, a four and a half hour journey straight across the south island, crossing the Canterbury Plains before traversing the Southern Alps, going through 18 tunnels and finally ending in Christchurch.

While only staying 5 ½ days in New Zealand barely scratched the surface of what this beautiful country had to offer, it was a “sweet as” trip! I was really happy with what I was able to do and see, getting all the way around the top of the South Island and seeing wildly diverse landscape, from wide grassy plains to soaring mountains to heavily wooded forest. Swimming with dolphins is an experience I’ll never forget, as was reconnecting with nature in Abel Tasman and meeting tons of friendly people along the way. Despite the influx of visitors this month for the Rugby World Cup, New Zealand’s infrastructure proved up to the task.

While planning your New Zealand adventure, spare a thought for the people of Christchurch. While the first earthquake hit back in February and is long off most people’s radar, Christchurch is still very much feeling the effects with continual aftershocks (I’m talking thousands of aftershocks of 2+ magnitude), empty lots strewn about town and beloved landmarks either completely razed or heavily propped up, future uncertain.

Travel tip: Getting around New Zealand is relatively easy. There is a good bus and train system that enable you to get almost anywhere without renting a car. For this trip, I used the wide network of InterCity Buses which are a point-to-point

operation. They were fast, comfortable and affordable. Some cheery drivers even provided commentary along the way and stopped in places that served as tourist attractions cum rest stop. One example was Punakaiki, also known as Pancake Rocks, stacked limestone rock formations formed by thousands of years of earthquakes, erosion, sea, wind and rain. Another company I was tempted to go with was Magic Bus. They have a tour bus vibe as they make actual stops at various tourist sites and were very good at answering emails. The reason I didn’t choose them in the end was that due to the Rugby World Cup, seats were on a first-come, first-served basis, which wouldn’t have

worked out with my tight travel schedule. I never got bored while on the road because the scenery was stunning. Wide open farmlands of sheep, dairy and even reindeer give way to twisty forested mountain paths, followed by wild coastline and the odd river in various shades of otherworldly blue.