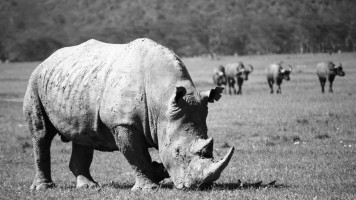 My Very Own Dark Star Safari

Walking like an Egyptian and loving every minute of it…

A 3 week South African safari last year only whetted my appetite for more of this incredible continent. I had booked a two month Nairobi to Cape Town overlanding safari but now was faced with the dilemma of getting to Nairobi. I had an award ticket as far as Johannesburg, and a one-way flight to Nairobi was $500, which seemed on the expensive side. The problem was, not many airlines flew that leg, driving up the prices. A search of airlines flying in and out of Nairobi yielded Egypt Air. A little more research showed that I could fly Joburg to Cairo to Nairobi for a little over $700. So that’s how I found myself on my way serendipitously to another dream destination – Egypt.

A late arrival into Cairo meant scrambling past the faithful supine over prayer mats, racing through immigration and getting to my gate hot and sweaty 4 minutes before it closed for my connecting flight to Aswan.

Unfortunately, I was faster than my luggage and so had to wait an hour in Aswan for my bag to arrive on the next flight. In case you’re wondering, Egypt Air, not recommended! My seat wouldn’t recline, footrest was broken, movie screens were staticky and the meals tasted like freezer-burnt TV dinners.

However, I had finally arrived and after much haranguing for a taxi ride into town and a well deserved nap, wandered through the souk (market), sampling delicious, cheap schwarmas and felafels followed by a sunset felluca (sailboat) ride on the Nile, easily arranged on the spot with the many boat drivers lining the banks of the Nile.

I had heard that the sellers in Egypt are notoriously aggressive, but I have to say, Cambodia has prepared me well. I barely batted an eyebrow to all the calls of “I have four children and they eat a lot (while pointing to mouth)… I spent time with you – why you no buy?”… to endlessly trying to guess my nationality “Chinese? Japanese? Taiwan? Malaysia? Singapore? (and getting frustrated…) The moon?” haha. They get points if they make me laugh…

Typically, I’m getting a lot of “Ni hao!” and “Welcome Japan!” Overall, though, sellers are good-natured and just trying to make a buck. I bought some fresh dates for $1 for half a kilo. I have no idea how much they’re supposed to cost, but they’re delicious! Whenever I have no idea how much something is supposed to cost, I just bargain for Cambodia prices and so far it’s worked…

Woke up at 3am to make a convoy to Abu Simbel, the famous temple to Ramses II. Three hours through the vast empty desert brought us to the site where four massive 20m statues of the pharaoh are carved into the mountain, just 40 km from the Sudanese border. I had seen many pictures of the site before, but it was just unreal to walk around the bend and see it in all its massive glory with your own eyes.

The inside featured faded reliefs of Ramses in battle in front of the gods. Yes, the crowds were massive, since everyone arrived at exactly the same time from the convoy. But the key was to head over to the nearby Temple of Hathor, with a rock-cut façade of six 10m high statues

of Ramses, Nerfertari (his wife) and some of their children, and then wait for the crowds to thin.

The temples were built some 800 years ago, but rediscovered in 1813. It was funny to see graffiti back from the 1800s. What makes this whole complex amazing was that it was actually rebuilt, stone by stone (more than 2,000 huge blocks in all) 65m higher than the original site. This was done when the building of the Aswan Dam threatened to submerge the entire original site under Lake Nasser.

On the way back to Aswan, we stopped at the island of Philae which housed the Temple of Isis. Two temples in one day is a bit overwhelming, but still awe-inspiring. This temple was smaller but with beautiful columns and reliefs, all accessible only by boat on an island on the Nile. While there was a tourist office there and boat prices were supposedly set, no one seemed interested in helping our group. So we ended up having to pay a bit more than the posted price. At the time, there were only two boats hanging around, so not sure what other option we had…

Dinner was half a grilled chicken with rice, salad and yoghurt sauce. Yummmm.

Travel tips: Day trips in Aswan are extremely easy to arrange through your hostel or the many travel agencies lining the main corniche (riverside). Chances are, your hotel will even arrange for a simple boxed breakfast for you. Prices for shared tours, like the one to Abu Simbel were extremely cheap. Remember to bring water and a pillow. There’s not much to see on the ride there and you’ll be thankful for the few hours of sleep you can get on the bus.