When in Bhaktapur, get a guide… Trust me.

My second day in Kathmandu takes me to one of its most iconic sites – Swayambhunath, also known as the Monkey Temple, a short taxi ride from the tourist neighborhood of Thamel. This was the Kathmandu of my dreams. The temple is accessible via 365 steps where the faithful come to spin prayer wheels and meditate. 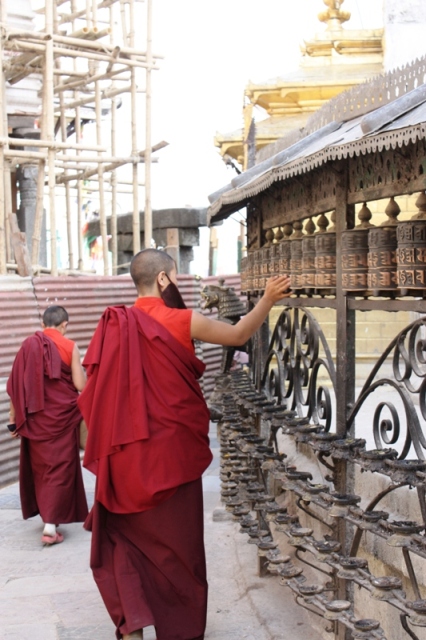 Of course, being allergic to any physical exertion (I made my doctor write a note!) I asked the taxi driver to take me all the way up to the top via the back way, leaving me only the last few steps to climb. The view was spectacular with prayer flags fluttering, and the eyes of Buddha staring down on the devout and curious alike. Tourists and locals alike come to spin prayer wheels, soak in the sunshine and watch the sun rising and setting over sprawling Kathmandu down on the valley below. 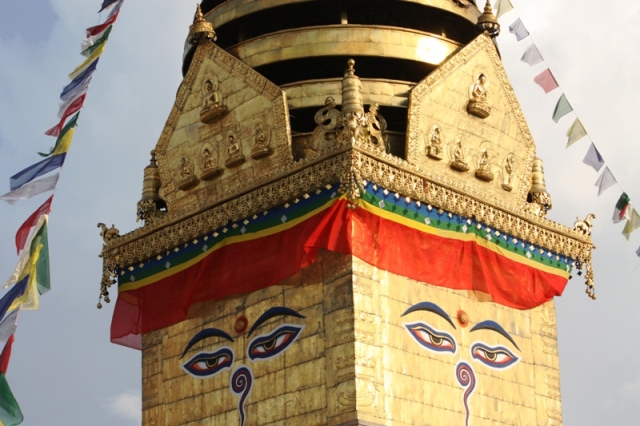 Almost every Nepalese city has a Durbar Square, a central point surrounded by high temples where people gather to buy and sell, students dressed in crisp bright uniforms hang out after class and the odd holy man makes an appearance.

The rest of the day was spent getting lost in the UNESCO appointed world heritage site that is Durbar Square Kathmandu. Perched high up outside one of the temples and looking down on the comings and goings in the square was a photographer’s dream. Nepalese are extremely devout worshipers, with shrines for different gods seemingly on every corner. 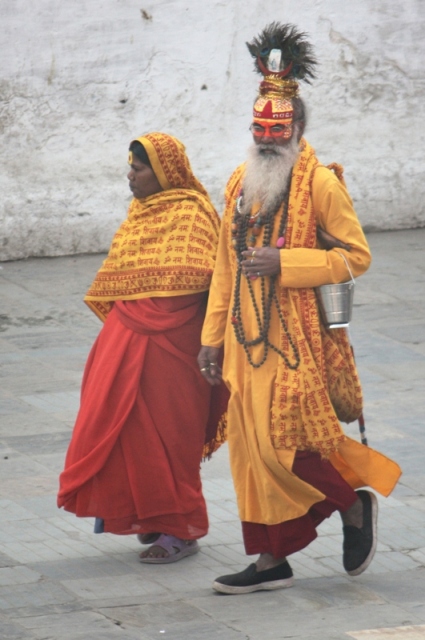 There was even an altar to Vaishya Dev, the Toothache God, with coins nailed to a misshapen stump and some bloody gauze left as a wordless plea for relief.

The flower market did brisk business as women threaded raucously colored flowers into leis for the faithful to drape across the shrine of their favorite deity. Everywhere you looked, people were carrying offerings, spinning prayer wheels, ringing bells or dotting themselves.

Kathmandu’s been great, but it was time I got myself outta here…

2 thoughts on “With Vaishya Dev, who needs novocaine?”